A new effort to understand school-related gender-based violence may help policy makers and communities craft legislation and strategies to respond and keep students safe and in school. 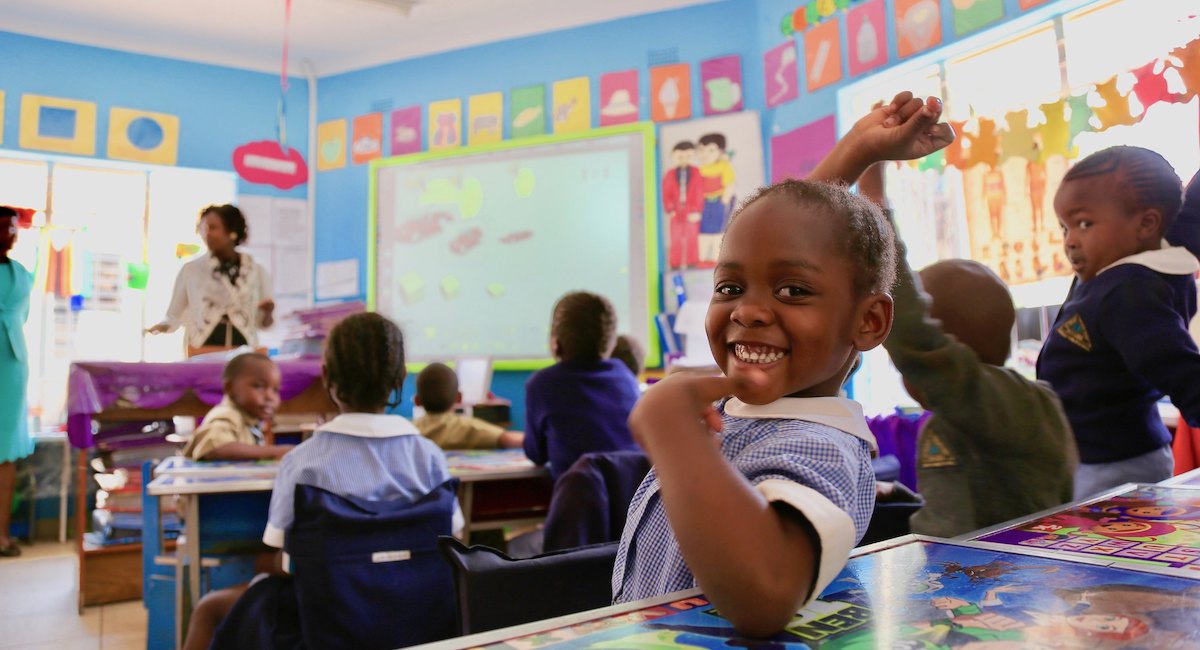 A primary school in Zimbabwe. Photo by the Global Partnership for Education, licensed under (CC BY-NC-ND 2.0).

There is a global crisis of violence against children in schools. Nearly a quarter of a billion students suffer from physical, sexual, or psychological violence while trying to learn, estimates the United Nations, with much of this violence driven by discriminatory gender norms and particularly affecting girls.

Yet, we do not know nearly enough about this school-related gender-based violence, or SRGBV—there is a dearth of information and credible research on both the country-specific causes of SRGBV and its effects. A new effort to answer these questions may help policy makers and communities craft legislation and strategies to respond and keep students safe and in school.

In partnership with Together for Girls and the U.S. Centers for Disease Control and Prevention (CDC), and supported by the U.S. Agency for International Development (USAID) and the Government of Canada, from late 2018 to 2020, AidData, a research lab at William & Mary, analyzed recent survey data on violence against children in seven countries—Honduras, Kenya, Malawi, Nigeria, Tanzania, Uganda, and Zambia—to identify the prevalence of SRGBV. (The Government of Canada has also supported additional analyses in Côte d’Ivoire, El Salvador, Kenya, Lesotho, and Zimbabwe by Together for Girls, using AidData’s methodology.)

These country-specific briefs have been published online by Together for Girls, at a new resource hub for use by country governments, schools, and other organizations to better prevent and mitigate SRGBV. The results from this first phase of the project will inform USAID’s own educational programming in sub-Saharan Africa through the Africa Bureau’s Office of Education.

“We want to better understand the complexities and gendered dimensions of violence in schools and provide governments, educators, advocates and researchers with new evidence to better inform violence prevention and response efforts,” said Kalene Resler, Education Advisor at USAID Africa Bureau’s Office of Education. “While schools can enable violence, they also have a critical role to play in interrupting and ending cycles of violence and the gender unequal norms that drive SRGBV,” added Chrissy Hart, Senior Advisor at Together for Girls.

SRGBV has many forms, from being sexually pressured by teachers to physically assaulted by peers, but it is generally defined as an act of violence towards students by other students or teachers based on gendered stereotypes and inequalities.

To better understand the effects of SRGBV, AidData will work this year to connect data from the Violence Against Children and Youth Surveys (VACS) to subnational, georeferenced datasets, such as the Demographic and Health Survey (DHS), and apply advanced statistical and geospatial techniques to identify relationships between violence and different educational outcomes in three countries: Côte d'Ivoire, Kenya, and Zambia.

In this second phase of the project in 2021, AidData researchers will look at how early life experiences with SRGBV shape children’s educational attainment later in life, with a focus on literacy, grade attainment, employment, and occupation.

“Everyone has an intuitive sense that violence would hurt children’s physical and psychological health and their progress in school,” said Rachel Sayers, a Senior Research Analyst at AidData. “We believed the two were interconnected, but we didn’t have a good measure of adolescent violence in many developing contexts, so it couldn’t be rigorously investigated. By combining data from the VACS with DHS data, we can actually measure how early-life experiences with violence are related with educational outcomes in these countries.”

The VACS, led by national governments with technical support from the CDC as part of the Together for Girls partnership, are nationally representative surveys that measure the prevalence of emotional, physical, and sexual violence against male and female children and youth aged 13–24 years old. They enable researchers to answer questions such as, “What percentage of students report being sexually assaulted by teachers?” and “What percentage of students miss school due to physical violence perpetrated against them?”

AidData is now working with the CDC to obtain information about where the VACS was administered within countries (the data will remain anonymized to protect respondent privacy). This will provide a wealth of information that can then be linked with other georeferenced datasets. AidData’s geocoding team is currently working to geocode files of the areas where surveys took place.

“There is a real lack of country-specific studies on the factors associated with SRGBV, who is most at risk, and how it impacts children’s educational outcomes,” said Jessica Wells, AidData Senior Program Manager and lead on the project. “With this effort, we’re beginning to close that gap.”

The consequences of SRGBV prove intersectional and long-lasting. AidData’s analysis of the VACS data reveals that in Nigeria alone, 44% of female and 35% of male students reported experiencing physical or sexual violence at school—representing over 13 million children.

SRGBV disrupts not only academics but also the personal lives of students. In Malawi, 10% of female students reported experiencing one or more forms of sexual violence perpetrated by a teacher or a classmate. In Uganda, 42% of male students reported experiencing physical violence perpetrated by a male teacher.

Ultimately, AidData’s analyses will be used to develop publications for policy makers and other key actors to catalyze evidence-based action. With better country-specific knowledge on the causes of school-related gender-based violence, where it occurs, and its impacts, policy makers and advocacy organizations will be equipped with the evidence they need to drive action.

Sasan Faraj '23 is majoring in Data Science with a concentration in Algorithms at William & Mary. He previously served as a Research Assistant on the Partnerships and Communications Team from 2019-2020, and his current internship is focused on using machine learning methods to predict wealth at the subnational level in the Philippines using open source geospatial data.