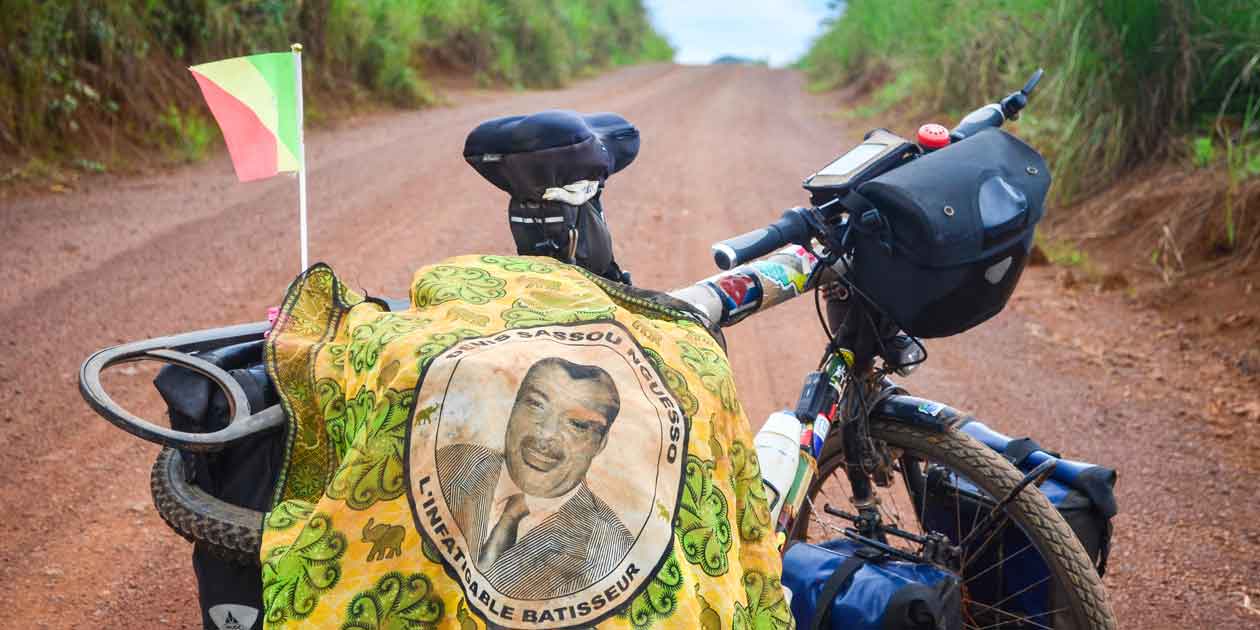 A flag with a portrait of Congo’s President, Denis Sassou Nguesso, lies draped over a road bike. Photo by JB, licensed under CC BY-NC-ND 2.0.

In Repression and Foreign Aid in Autocracies: Exploiting Debt Relief Negotiations in Post-Cold War Africa, Dr. Brett Carter — an assistant professor at the School of International Relations at the University of Southern California — investigates whether reliance on Western donors constrained African post-Cold War autocrats’ repressive abilities. He finds that Western donors’ recipient requirements may pose a challenge to modern autocrats by preventing the deployment of violent and overt suppression practices once used to maintain their authority during the Cold War.

Case study: the Republic of Congo

Carter uses the case of the Republic of Congo under President Denis Sassou Nguesso to show how autocrats adapt their behavior when faced with the constraints of Western foreign aid requirements. From his seizure of power in 1997 to the 2009 presidential election, Sassou Nguesso sought to prevent the materialization of mass protests in an effort to appeal to Western donors. Between a curtailed amount of repression and a surprisingly successful public relations campaign, Sassou Nguesso was able to secure debt relief in 2010.

Immediately thereafter, he virtually terminated his relationships with Western donors in favor of China, which offered generous aid and credit programs without human rights conditions. No longer constrained by Western donors, Sassou Nguesso was free to employ violence. He overtly suppressed journalists, suspended offending news agencies, used physical force against political opponents, and brutally deported some 250,000 immigrants from the Democratic Republic of the Congo.

Are autocrats who rely on Western donors for development aid and debt relief — as Sassou Nguesso once did — less likely to repress their citizens? Combining daily records of protest and violence with AidData records of Western development aid projects, Carter finds that autocrats who rely more on Western aid are indeed less prone to repress their citizens.

This does not mean, however, that Western aid necessarily caused the change in autocrats’ behavior. It may be the case, for instance, that Western donors allocate aid on the basis of ethical considerations. Autocrats who receive higher levels of Western aid may employ less repression not because they are constrained, but because they choose not to.

As a result, many autocrats who received debt relief from the IMF and World Bank also accumulated lengthy human rights records, both before negotiations began and after they concluded. This enabled Carter to treat an autocrat as his own counterfactual and, controlling for a range of other variables, examine how the autocrat would have behaved on a given day, had he not been subjected to Western pressure.

Carter finds that the daily rate of repression during HIPC debt relief negotiations fell dramatically, to roughly 20% of its baseline level. The decline was even more pronounced among autocrats who confronted a week of sustained protests during HIPC debt relief negotiations that attracted the attention of Western donors. Autocrats who experienced a full seven days of mass protests were 98% less likely to employ repression on a given day.

Africa's post-Cold War autocrats, Carter's paper suggests, lack the easy recourse to repression enjoyed by their predecessors. He cautions, however, that these results are "a function of the international environment that generated [them]." As African leaders pivot to China, Western governments may lose the ability to deploy what leverage they have. Carter suggests two possible areas for future research: determining how much donor pressure is required to force autocrats into restraint, and understanding how Africa's autocrats have learned to survive nonetheless.

Editor’s Note: The following post is the second in our “Aid and Conflict” focus series and was compiled by First Tranche contributor Carolyn Iwicki. It is adapted from an AidData working paper — Repression and Foreign Aid in Autocracies: Exploiting Debt Relief Negotiations in Post-Cold War Africa, by Brett Carter — that explores how African autocrats may or may not be restrained by their reliance on Western donors.