Evaluating evidence from a USAID governance project in Ghana

Local politicians and bureaucrats in low- and middle-income countries play a crucial role in the distribution of aid dollars, acting as gatekeepers in determining which constituents receive aid, and to what degree that assistance is effective. Let's look at Ghana as an example. 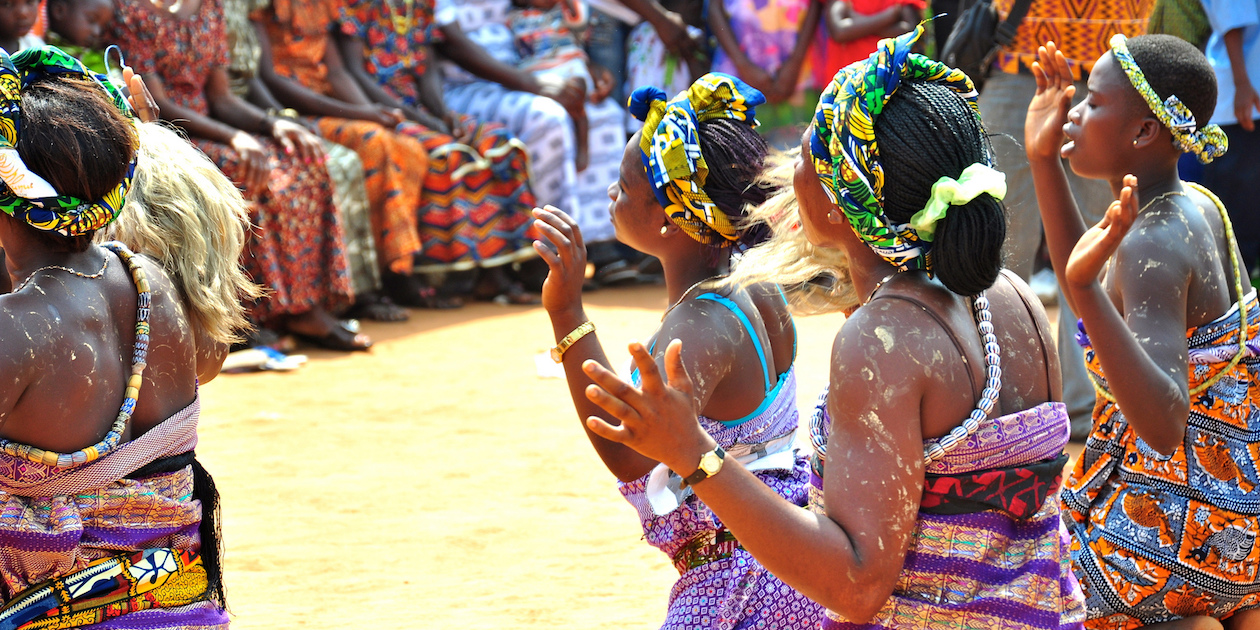 Women from Ghana dance at an event to raise community awareness about healthy behaviors. Photo by USAID/Kasia McCormick.

Local politicians and bureaucrats in low- and middle-income countries play a crucial role in the distribution of aid dollars, acting as gatekeepers in determining which constituents receive aid, and to what degree that assistance is effective. In Ghana for example, district governments spend about 80 percent of their budgets on development projects, including schools, health clinics, etc.

Women from Ghana dance at an event to raise community awareness about healthy behaviors. Photo by USAID/Kasia McCormick.

There are many theories about why politicians choose to distribute aid in the ways they do, but little evidence to support one theory over another. Part of the reason is that it’s hard to distinguish when a politician builds a road to reward “core” supporters as opposed to when they build a road to convince “swing” voters that they should vote for her/him. If we, the researchers, measure support only after the election, the two might be indistinguishable. Using Ghana as our test case – a country we know well – we’re generating new research that addresses this empirical shortfall.

The findings will be relevant to both citizen well-being in poor countries as well as enhancing the effectiveness of aid pathways – in Ghana but in other jurisdictions too. A few of the core questions we address include: how are development projects allocated to different communities? How does the location of new projects compare to measures of citizen need and other efficiency criteria? How are donor-funded projects located differently than government-funded projects?

Our research project is one of nine that AidData is managing as part of its five-year partnership with the U.S. Global Development Lab, through USAID's Higher Education Solutions Network. In 2015 we began our particular collaborative project with two main objectives in mind: producing geocoded data on local (Ghana) infrastructure activities, and testing whether and how USAID/Ghana’s “Ghana Strengthening Accountability Mechanism”, or “GSAM”, a transparency and governance program designed to increase district official accountability -- affected the location, completion and quality of these bricks-and-mortar projects.

Where are we now? Twelve months in, working with the Centre for Remote Sensing and Geographic Information Services (CERSGIS) at the University of Ghana-Legon, directed by Foster Mensah, we are collecting and digitizing local governments’ reports on projects being undertaken, we are geocoding project locations, and writing code. Our plan is to geo-locate all of Ghana’s district development projects funded between 2011 and 2016 (about 35,500 projects in total) and overlay it with census, survey and electoral area-level voting data. Even with this limited time series, the task is quite challenging - Ghana does not have an official, geocoded list of cities/towns/villages, so locating the projects is a painstaking process. The list of projects itself has to be compiled from (mostly hard-copy) local government documents, a process that builds on earlier work that PI Williams did, with funding from the International Growth Centre.

Though not formally part of the research, our project has already delivered broader benefits to a range of Government of Ghana (GoG) actors and other partners, establishing a broad base of support for our efforts. We have networked our research plans and objectives extensively, possible in no small part because of the in-country experience and networks the team had already built up in preceding years. As academics and researchers, it’s encouraging to see potential real-world applications for our work, even at this early stage, and that the data and research we produce has the prospect of feeding into decision-making by GoG agencies, Ghanaian CSOs, and development partners.

The NDPC is an important actor and has been vocal in supporting our work, including inaugurating a committee with representatives from Ghana Statistical Service and Local Government Service Secretariat, in order to incorporate evidence and data generated into decision-making (for example, in the National Infrastructure Plan, the National Spatial Development Framework, and its Long-Term National Development Plan). At this committee’s first meeting in January 2016, chaired by the Director-General of the NDPC, Dr. Nii Moi Thompson, the NDPC established a goal of developing a comprehensive database of national infrastructure stocks, using the data from our project as the first step.

In response to this demand from the government, we’re now considering an ambitious extension to what began as a bounded research project. Contingent on funding, this would include the goal of creating a comprehensive, national database of geocoded infrastructure stocks and development projects covering all of Ghana, building primarily on existing administrative data sources and initiatives originating with the government. In addition to the NDPC, it would involve collaborations with other government institutions in Ghana involved in geospatial data collection and development project planning. Together with CERSGIS, we’re also working with the government to solve some of the nuts-and-bolts problems (such as the lack of a harmonized settlement database) that currently hold back geospatial data collection and use in Ghana’s government. This partnership would include the authors, as well as CERSGIS and AidData, two recognized centers of research excellence, but with and endgame of ensuring the resulting data is more widely accessible across Ghana’s government and to an array of stakeholders.

In addition, we plan to work with government institutions to support the integration of the analysis and visualization of this data into routine decision-making processes. Building on our existing demand-driven research collaborations with a range of local partners and beneficiaries will help make the updating and maintenance of this data sustainable, and ensure that it is used to support accountability and informed policy making in Ghana.

In 2015 AidData oversaw a competitive RFA process which resulted in more than 150 applications from researchers worldwide to conduct innovative studies of aid using sub-national geospatial data. Five projects have been fully funded, and a further four are in pilot stage. Future First Tranche blogs in this series will profile the other funded projects.