The Marketplace of Ideas for Policy Change: Who do developing world leaders listen to and why?

Parks, B. C., Rice, Z., & Custer, S. (2015). The Marketplace of Ideas for Policy Change: Who do developing world leaders listen to and why? Williamsburg, VA: AidData at William & Mary. 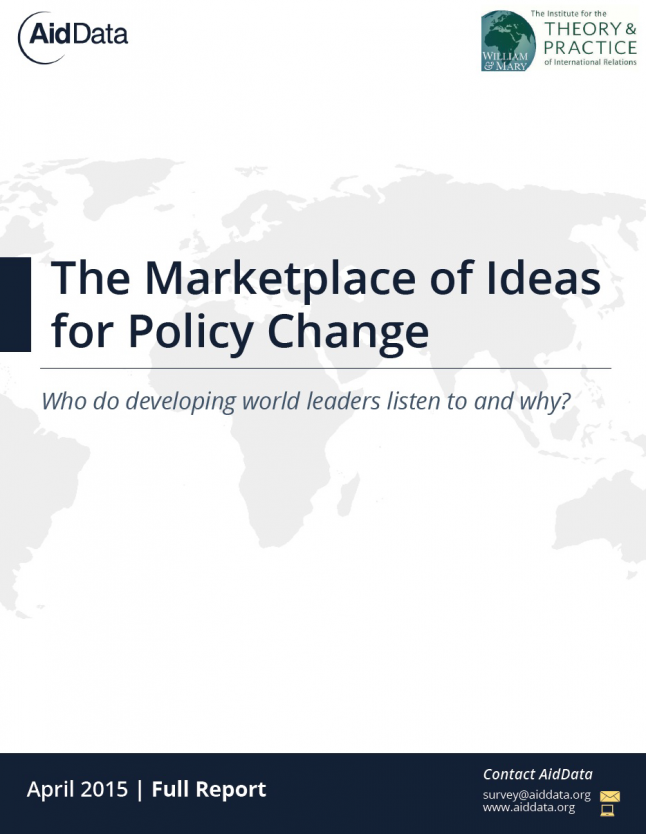 Despite considerable time, money and effort expended by donors, international organizations, and NGOs to influence policy change in low and middle income countries, there is a lack of understanding about how they can most effectively influence reform efforts on the ground. In this report, AidData draws upon the firsthand experiences and observations of nearly 6,750 policymakers and practitioners in 126 countries to answer these critical questions. The Marketplace of Ideas for Policy Change report examines the influence of over 100 external assessments of government performance — from cross-country benchmarking exercises and watchlists to country-specific diagnostics and conditional aid programs — on the policymaking process of low and middle income countries. Participants in the survey identified the specific sources of external analysis and advice that were used by key government decision-makers between 2004 and 2013, and why. Survey respondents also provided detailed information about reform processes within their own countries, such who has advocated for reform in different sectors and who actively obstructed reform efforts.

Funding: The authors acknowledge the generous financial support received from the Smith Richardson Foundation, the John Templeton Foundation, the College of William & Mary, the London School of Economics and Political Science, and the World Bank. 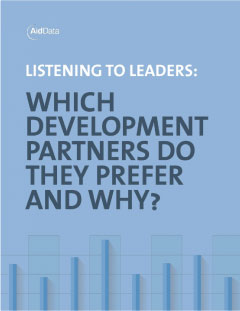 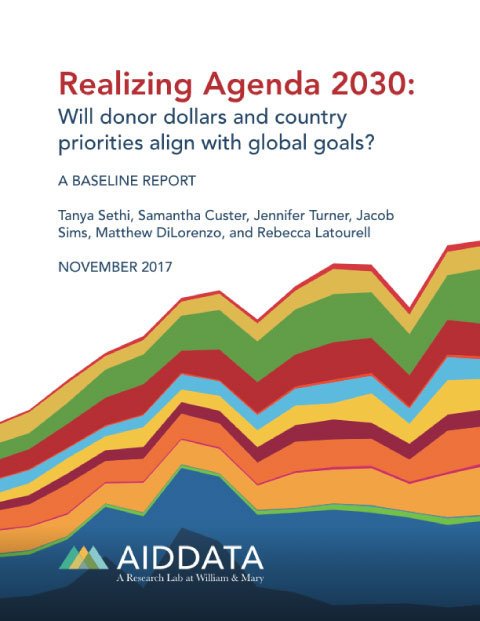 The Marketplace of Ideas for Policy Change report examines the influence of over 100 external assessments of government performance on the policymaking process in low and middle income countries.

The "Listening to Leaders" report draws upon the frank views of policymakers and practitioners from 126 low- and middle-income countries, and attracted the participation of high-level officials across the public, private and civil society sectors.