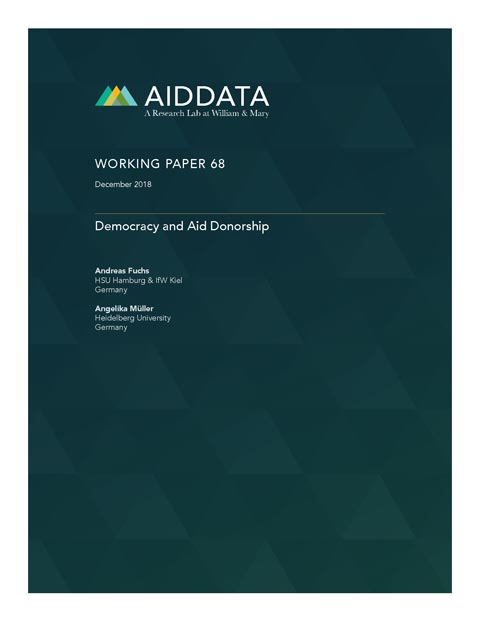 Are democracies more likely to give development aid? The answer is surprising.

All things being equal, poor democracies are less likely to give aid than poor autocracies, new research finds. 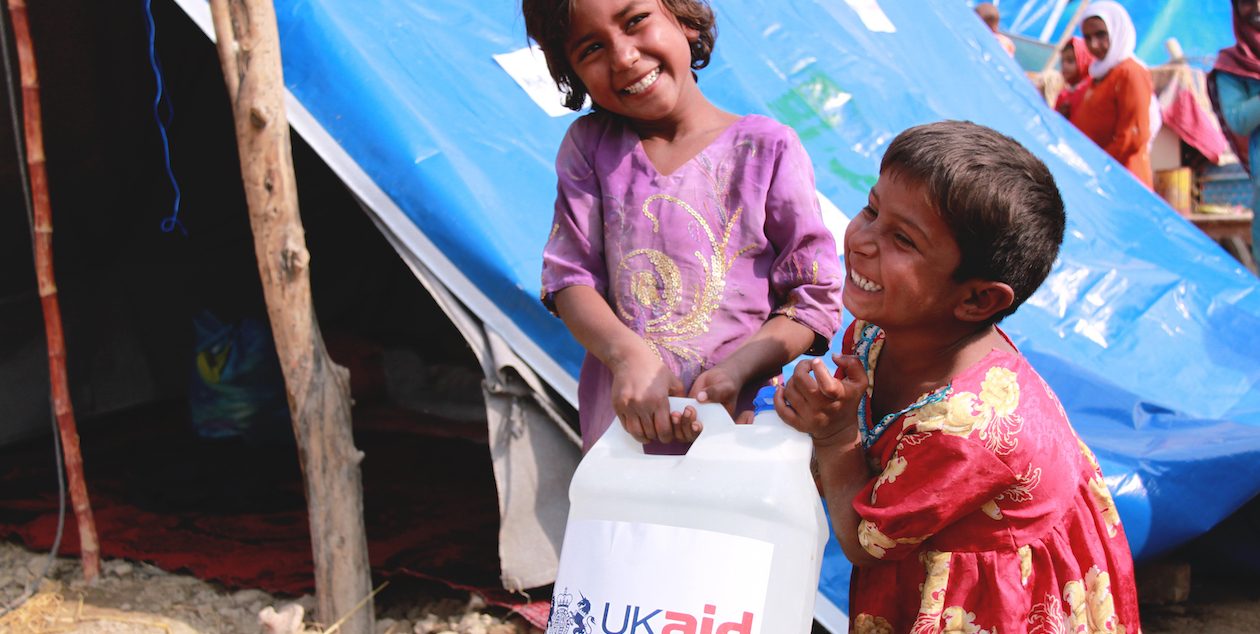 Children carry a bottle of detergent supplied by UKaid from the British government, as part of the UK's response to floods in Pakistan. Photo by DFID via Flickr, licensed under (CC BY 2.0).

Development aid is often perceived as the domain of rich, Western-style liberal democracies. Indeed, research links the emergence of aid giving to the rise of the Western welfare state and connects a country’s commitment to aid donorship to the quality of its democratic institutions. For example, the rise of South Korean aid has been tied to the country’s democratization and development of a civil society.

But is it really true that democracies are more likely to become aid donors than non-democratic states? This question is of increasing importance since autocracies’ share of global GDP is growing and many countries are experiencing autocratization. Our recent AidData Working Paper, Democracy and Aid Donorship, answers it with the first comprehensive look at whether and when countries decide to become aid donors. We build a new global dataset of aid donorship since 1945, finding that democratic institutions actually reduce the likelihood that poor countries will become aid donors.

Almost half of the world’s countries, including many autocracies, now provide development assistance. Historically, too, development aid has been far from just the business of democracies. The Soviet Union used development aid as a political tool in the ideological clashes of the Cold War. China’s aid activities likewise date back to the 1950s, and aid served as one of Chairman Mao’s instruments to induce international support for replacing Taiwan on the UN Security Council in 1971. Arab countries such as Kuwait and the United Arab Emirates also initiated their development programs in the 1960s and 1970s.

Many other lesser-known cases of authoritarian aid donorship abound. Morocco began its bilateral aid activities in 1986, while the Philippines’s aid program dates back to 1970, before even New Zealand had an institutionalized aid program. Both Morocco and the Philippines founded their respective aid institutions when their economies were still relatively poor, with a per-capita GNI of not much more than USD $1,500 at 2010 prices. China and the Soviet Union had even lower per-capita incomes when they became aid donors in the 1950s. How is it that these countries were able to introduce international aid programs with such high levels of poverty at home?

Linking domestic institutions to the decision to give aid

To answer this requires resolving a paradox. Citizens in poor countries should, in theory, prefer that tax money is spent on domestic development rather than aid abroad. As early as the 1970s, scholars characterized international aid giving as a luxury good, for which demand rises only after citizens’ basic needs are met. There should be little support, therefore, for the use of tax dollars for development aid if poverty is still considerable in the potential donor country. Once income levels rise, however, the populace may accept or even demand the provision of development aid. This aligns with evidence that per-capita income is positively associated with support for development aid giving. Indeed, the graph below demonstrates that as individual income rises, citizens are more likely to support foreign aid.

But citizen preferences do not necessarily translate into actual policy. Assuming similar levels of income and support for foreign aid, are democracies or autocracies more likely to implement an aid regime? Unlike in autocracies, aid policies in democratic systems require the approval of competitively-elected legislatures. Legislators have incentives to respond to the preferences of their constituents regarding their votes on aid. This implies that a lack of support for aid in poor countries will decrease a democracy’s likelihood to start giving. Conversely, any public opposition to aid giving should be less consequential in equally poor authoritarian regimes, since the leadership there relies on a small elite rather than a large winning coalition. The leaders of these regimes face fewer constraints to implementing a development aid program despite popular opposition. The lack of democratic institutions should therefore facilitate the introduction of aid programs.

However, it has not been straightforward to put this prediction to the test. Until now, there was no comprehensive database detailing the years in which governments started to give development aid to other countries. The two most comprehensive databases on aid—the OECD-DAC and AidData—report commitments and disbursements of Official Development Assistance (ODA) and Other Official Flows (OOF), but their cross-donor coverage is quite low when compared to the total number of governments that are active in the aid business. For the donors that are included, these databases do not necessarily provide information on the entire history of their aid giving. Donor coverage in AidData and OECD-DAC databases is largely determined by the availability of financial data—which is why the absence of data for a particular country and year should not be interpreted as an absence of aid activities. Research has shown that data availability is biased toward rich and democratic countries, meaning non-democratic and less wealthy donors are less likely to come to the attention of researchers.

In our recent AidData Working paper, we fill this information gap by introducing the New Aid Donors Database (publication forthcoming). We collected this data in a major effort to gain comprehensive information on global aid donorship. The database covers 114 countries from 1945-2015, during which 88 countries began providing development assistance and 75 formally institutionalized their aid giving. The first countries to set up aid institutions were the United States in 1950, Norway in 1953, and Japan in 1954, and the last to enter this club was Venezuela in 2015. The map below underscores that aid donorship is not simply synonymous with rich, Western-style democracies.

Econometric analysis of our new dataset confirms our hypothesis: the average democracy is no more likely than the average autocracy to initiate aid giving. In fact, democracies are less likely to initiate aid giving at low income levels. Democratic institutions seem to prevent poor countries from entering the aid business. Democratic institutions make it significantly less likely that a country would start an aid initiative if it falls short of a per-capita income level of roughly USD $3,300.

Note: The figure displays the marginal effect of democracy at different levels of income on the likelihood to start aid giving, using confidence intervals at the 90 percent significance level. In grey, we also display the distribution of (log) GDP per capita in our sample. Results from Fuchs and Müller (2018).

By contrast, the decision of authoritarian regimes to start aid giving is not dependent on income. A democracy such as Namibia is significantly less likely to become an aid donor than its authoritarian counterpart—in this example, Morocco—at comparable income levels in 1995. In contrast to the latter, the former had indeed not founded an aid agency at that point, and still lacks one. Our main results still hold when we adjust for several factors, applying variants of an instrumental-variable approach that exploits variation in regional waves of democratization, using a broader definition of our dependent variable that also covers donors that have not (yet) set up aid institutions, or excluding EU accession countries as potential outliers.

The impact of democratic institutions on the decision to give aid varies depending on the income level, since democracies seem to rely on public approval in deciding to give aid. A similar mechanism might affect the quality of aid being provided. This could help explain why previous research finds evidence that a donor’s regime type matters for the quality and impact of its aid. Since donors outside the OECD’s Development Assistance Committee are growing in importance, chief among them being non-democracies, these findings should make us think about the future trajectory of global development aid. More research is warranted to uncover the differential effects of development aid from authoritarian sources and the consequences for donor coordination.