AidData’s geospatial impact evaluation of a demining program in Afghanistan sheds light on the results of a decades-long effort to tackle the complicated and compelling problem of landmine removal. 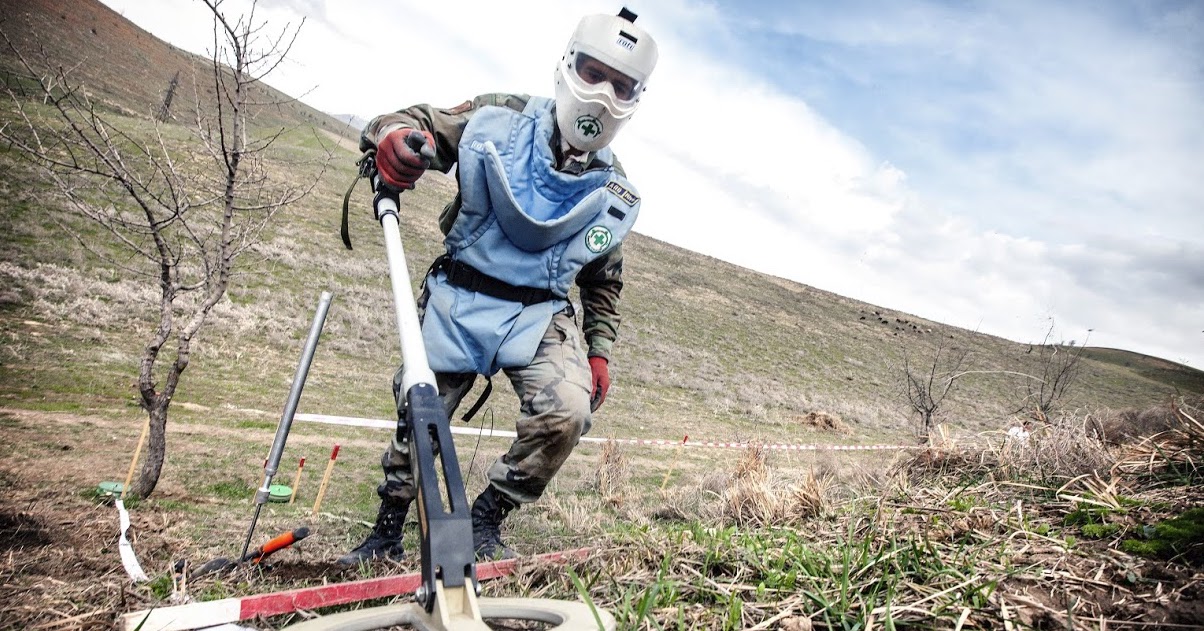 Decades of war have left Afghanistan with a deadly legacy: landmines. With an estimated one landmine for every three people, landmines maim or kill more people in Afghanistan than anywhere else in the world by a large margin—nearly 1500 deaths in 2019, five times the toll in second worst-affected Cambodia. Devastatingly, eight out of 10 casualties in Afghanistan are children, according to the UN Mine Action Service (UNMAS).

To reduce these numbers, the Mine Action Programme of Afghanistan (MAPA), established by UNMAS in 1989, has cleared more than 18 million landmines from 50,000 hazardous areas, releasing the land back to 3,000-plus communities for productive use. Since 2018, the Afghan government has directed the MAPA’s demining personnel. There’s little doubt that Afghanistan’s demining program has saved lives, but its economic impact was not known—until now.

In a report recently commissioned by the global development organization Itad as part of its contract to provide monitoring and evaluation services to the UK’s Foreign, Commonwealth and Development Office (FCDO)’s Global Mine Action Programme 2 (GMAP2), AidData researchers analyzed satellite imagery and mine action data to quantify for the first time how the MAPA’s demining efforts contributed to a range of critical development outcomes in Afghanistan: economic and population growth, trust in government, and land use.

Evidence from the study was presented by Itad at the Mine Action Support Group (MASG)’s virtual meeting on May 28th. The MASG is a mine action sector donor coordination group, serving as a forum for the exchange of information and knowledge as well as the coordination of financial support and resources. Increased funding is crucial to Afghanistan’s goal to be landmine-free by 2023; in 2019, the government’s $85.1 million appeal for clearance activities was only around 50% funded.

First, the MAPA’s demining efforts post-2008 were found to result in long-term economic gains across wide geographic areas. These demining efforts were primarily in rural communities, and the greatest effects were seen in villages closer to roads, possibly stemming from increased market activity enabled by transportation.

Second, landmine clearance was associated with an increase in citizen satisfaction with the services provided by district governments.

Finally, mine removal likely changed land use patterns in ways benefitting people’s livelihoods—specifically by converting grasslands and forests to built-up areas (urban areas, villages, and associated infrastructure), especially in places where mines had previously impeded access to roads and housing.

“Casualty statistics, though terrible on their own, don’t paint the full picture of the disruption and destruction caused by landmines. Unexploded ordnance delays the development of important infrastructure such as roads, irrigation systems, power grids, and the restoration of built-up areas for returning citizens to live, work, and go to school,” said Rachel Sayers, a co-author on the report and senior research analyst at AidData.

“Our hope is that by rigorously estimating the net effect of the MAPA’s clearance activities, we can help policy makers and funders identify where costly demining efforts have the greatest return on investment. They can then target resources most effectively to achieve the greatest impact on human welfare and economic growth,” Sayers continued.

According to AidData’s study, the year 2008 seems to reflect a tactical inflection point for the MAPA. Areas cleared up until then were more densely populated and had more promising economic development trajectories prior to mines being cleared. But areas cleared from 2008 onward contained more hazardous areas, with fewer people and less economic development.

By accounting for these differences accordingly, AidData researchers could accurately measure the net benefits of the MAPA. In regions where mines were cleared before 2008, they found that demining led to short-term increases in built-up areas, but the changes were not sustained. By contrast, in the predominantly rural areas where mines were cleared after 2008, communities experienced long-term, sustained growth.

“The significant variation in timing and geography of the MAPA’s demining activities created a compelling natural experiment,” explained Ariel BenYishay, a co-author of the study and the director of research and evaluation at AidData.

“We were able to simulate treatment and control groups with a research method called ‘difference-in-difference’—essentially, we compared economic changes among villages that were similar except for one key difference: the treatment group had a demining activity in their area, whereas the control group did not,” BenYishay continued.

Quantifying the impact of such an extensive demining program over a large area and multiple decades took an enormous amount of data. “In terms of the data alone, this is perhaps one of the most complex geospatial impact evaluations that we've ever done,” added Sayers. “We used a wide array of survey data sources, alongside three decades of daytime and nighttime satellite imagery.”

“Combining satellite and survey data in this way gave us more than one entry point into the problem,” explained Sayers. “We analyzed satellite imagery because it painted a picture of changes in the human and physical environment, while household surveys told us about the actual people who inhabit those spaces.”

“Change in land use was a critical question for us: How did landmine clearance affect how Afghans used their land afterwards?” asked Kunwar Singh, a fellow co-author of the study and geospatial scientist at AidData.

“To get an answer, we trained a random forest algorithm, a type of machine learning, to recognize polygons in daytime satellite images that represent different types of land use, such as agriculture or built-up areas, and classify them accordingly,” Kunwar continued. “This kind of imagery classification of landscapes would have been impossible just a few years ago, but with this algorithm, we could definitively pick out changes in land use over time.” The algorithm used in the study classified land use types with more than 90% accuracy.

With these automated classifications at hand, AidData's research team could model the changes in land use and other outcomes truly attributable to the MAPA’s demining efforts.

Another key insight emerged: built-up areas increased following mine clearance in areas that were previously grassland, bare earth, or forest, where the mine hazards had impeded roads, infrastructure, and agriculture. Although housing-related hazardous areas represented a small share of all areas blocked by mines, the clearance of these blockages led to an increase in farmland as well.

Despite decades of progress in mine removal, the need for continued demining support remains great. Afghanistan still has one of largest suspected hazardous areas of over 191 square kilometers, affecting every province. Recorded casualties are also trending in the wrong direction: despite clearing almost 80% of known minefields and freeing up thousands of square kilometers of land back to productive use, Afghanistan recorded 55% more casualties in 2019 than a decade earlier. This spike has been linked to “new contamination” of landmines from intensifying conflicts between Taliban and government forces since 2014.

“What surprises me is that, despite the importance of landmine removal, there have been so few research publications regarding its impact on economic growth. In addition to the intrinsic, humanitarian good of demining efforts, we hope that this study provides clear evidence regarding the crippling economic cost that landmines impose and the tangible benefits their removal enables,” noted BenYishay.

“This study is important, but Afghanistan is just one country where geospatial impact evaluations could potentially be used to improve how demining investments are targeted,” BenYishay concluded. According to the 2020 Landmine Monitor, ten countries in addition to Afghanistan have over 100 square kilometers of landmine contamination.