Does foreign aid to conflict-prone countries make them more stable, and decrease the frequency and intensity of conflict? Research on the complicated nexus between aid and conflict has produced conflicting results, with no consensus on foreign aid’s true effects. 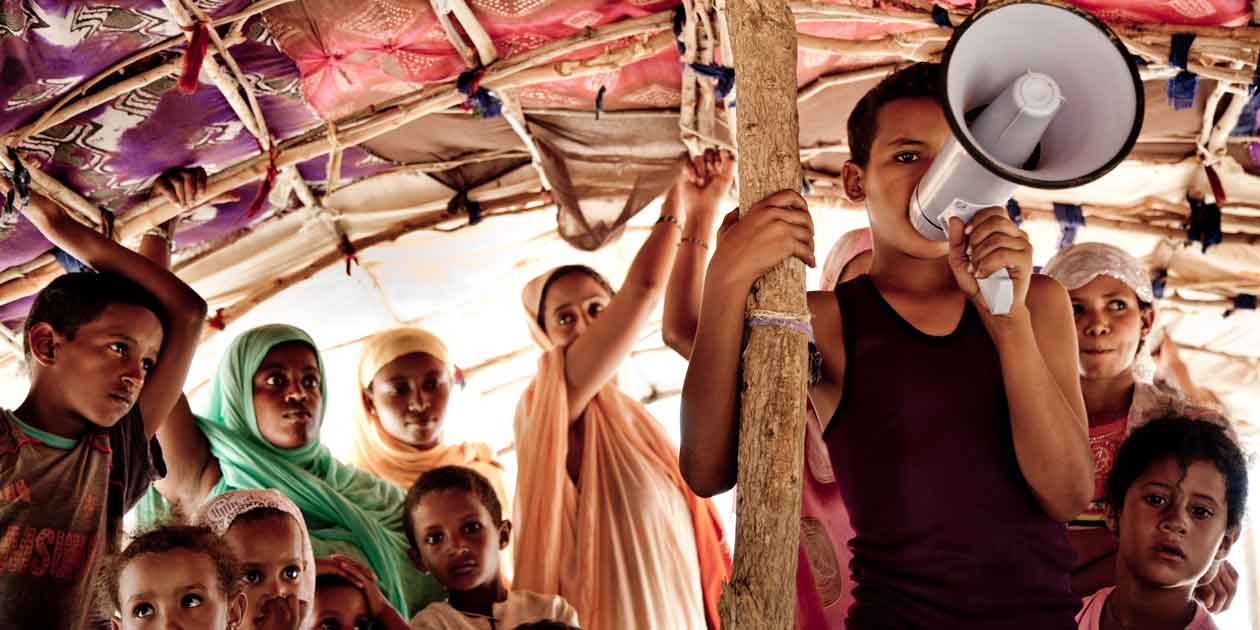 A group of children from the Mentao refugee camp in Burkina Faso during a workshop activity in a hygiene and public health training. Conflict in the north of Mali, the entrenchment of armed groups and the spread of instability has led to increased humanitarian suffering across the region. Photo by Pablo Tosco for Oxfam, licensed under CC BY-NC-ND 2.0.

Does foreign aid to conflict-prone countries make them more stable, and decrease the frequency and intensity of conflict? Research on the complicated nexus between aid and conflict has produced conflicting results, with no consensus on foreign aid’s true effects.

To address the link between aid and conflict at the local (or subnational) level, Stijn van Weezel, a teaching fellow at University College Dublin (formerly at Royal Holloway University of London), conducted an analysis of aid projects in three African countries between 1999 and 2008. Van Weezel’s results suggest that foreign aid’s influence on local conflict is largely contextual: the presence of aid itself is not a particularly strong predictor of conflict onset at the local level, with pre-existing factors such as ethnic polarization serving as better predictors of the probability of conflict occurring.

Dollars to donuts — or bullets?

In a previous AidData working paper on georeferencing aid and violent armed conflict, Findley et al. (2011) found that the presence of larger aid flows may incentivize insurgent groups to capture control of the state, as larger aid flows increase the size of the prize. However, they also found that these large aid flows can be used by the government to increase state capacity and security, which lowers the risk of a successful insurgent takeover.

So which effect is stronger? Van Weezel hypothesizes that it depends on distance — one might expect to see increased amounts of conflict in more remote regions of aid recipient countries, where the central government has less control and large, unprotected aid projects incentivize insurgents’ looting behaviors.

Looking at the distribution of foreign aid and conflict in the Democratic Republic of the Congo, Sudan, and Ethiopia, van Weezel indeed finds that while aid is most heavily allocated to the capital and central regions of a country, conflict tends to flare up in peripheral regions away from the capital.

Searching for a broad link between the presence of aid and conflict turns up little evidence. But when aid is broken down by type, the estimates show that fungible sources of aid (like budget support) correlate with increased conflict, whereas non-fungible aid projects (such as road and technical assistance projects) are associated with decreased levels of conflict. These results are consistent with the idea that fungible aid provides greater opportunities for rent-seeking and theft, while less fungible sources of aid increase the costs of rebellion.

Editor’s Note: The following post is the fourth in our “Aid and Conflict” focus series, and was compiled by First Tranche contributor Carolyn Iwicki. It is adapted from an AidData working paper — A Spatial Analysis of the Effect of Foreign Aid in Conflict Areas, by Stijn van Weezel — that examines the link between foreign aid and conflict at the subnational level.