Without the right information at their fingertips, development decision-makers are flying blind, relying on intuition rather than evidence in their efforts to zero out hunger by 2030. 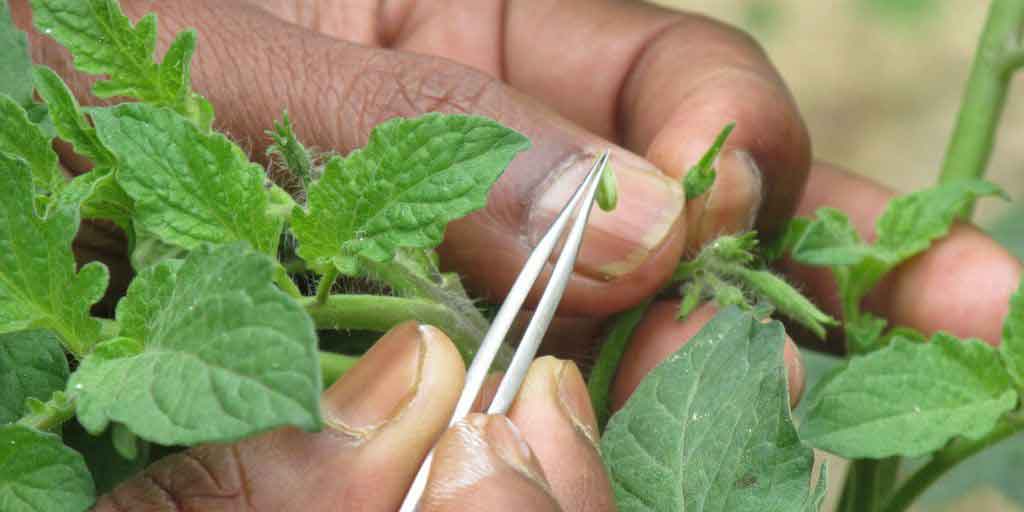 2013 AidData Summer Fellow Madeline Clark was stationed with CEAPRED in Kathmandu, Nepal, where she trained staff to integrate geocoded data into their work on sustainable livelihoods and food security. Photo by AidData.

Without the right information at their fingertips, development decision-makers are flying blind, relying on intuition rather than evidence in their efforts to zero out hunger by 2030. They need agriculture and nutrition data that is freely available, sufficiently granular, and “fit-for-purpose”. But much of this data remains hidden behind firewalls and pay walls; and even when data is publicly available, it is not always put to effective use.

As part of the Global Open Data on Agriculture and Nutrition (GODAN) Action network, AidData is working to improve the use of open agriculture and nutrition data in low- and middle-income countries. Yet we find that several “speed bumps” remain on the road to widespread and effective use of open data in combatting hunger.

First, ending malnutrition and increasing agricultural productivity by 2030 will take money -- a lot of it. Fortunately, countries have more choices in their development partners than ever before. Official development assistance (ODA) is a decreasing proportion of funding for sustainable development. Private corporations, foundations, and domestic tax revenues will play an ever-growing role. Yet it remains to be seen whether and how these diverse actors will crowd in new resources to achieve the UN’s Sustainable Development Goals (SDGs).

The above map provides a historical baseline of aid funding committed worldwide to end hunger between 2000-2013. Using a methodology AidData piloted last fall, we can now extend this approach and crack the code to compare aid with other sources of financing for the SDGs and monitor changes over time.

Second, while aid organizations increasingly publish project-level information on their investments as part of international reporting regimes such as the International Aid Transparency Initiative (IATI), other actors seldom make this data publicly available. Even if they do, it is often not in an easily comparable format. AidData is working to fill this data gap by triangulating information from multiple sources to capture all-source financing for the SDGs in several pilot countries.

But in a world where persistent pockets of hunger remain hidden within countries, a global or national snapshot is not enough. We need to overlay resources with development indicators at the local level to ensure no one is left behind.

The above map of Honduras goes a step further: it compares the subnational distribution of aid financing to agricultural projects with the percentage of stunted children from a 2011 demographic and health survey. This is only the tip of the iceberg of what can be done with open data. The increasing availability of spatial and other satellite imagery, such as changes in the size of small-holder farms or distance to market, makes it possible to evaluate the impact of investments to achieve SDGs at a relatively low cost.

Third, this type of hyper-local analysis relies upon the existence of high-resolution data that is timely, accurate, and freely available. Unfortunately, in countries like Honduras, household and agricultural surveys are conducted only episodically. Meanwhile, statistical capacity is often weakest at the subnational level, as agricultural extension officers and other local officials are often under-resourced and under-trained.

Finally, even when data is available, there are no guarantees that it will be put to use. Policymakers are bombarded with a cacophony of voices, advice, and information. In this teeming marketplace of ideas, to whom do they listen, what data do they use, and why?

In 2014, AidData launched a survey of public, private, and civil society leaders from 126 low- and middle-income countries. Nearly 7,000 of these leaders shared insights on the influence of data — specifically external assessments of government performance — in shaping their policy decisions.

The above figure shows how respondents from different sectors viewed the influence of external assessments on reform implementation. The relatively small size of the Agriculture and Rural Development bubble (orange, in the lower right quadrant) indicates that externally produced data is not seen as very influential in shaping reform priorities in this sector.

This raises several implications for the movement for open data in agriculture and nutrition. Many leaders are open to making policy changes to end hunger; however, there is some groundwork to be laid to ensure that open data is seen as useful and “fit-for-purpose.” At the end of the day, open data is a necessary but insufficient condition for policy change. Getting to zero hunger will require not only useful data, but also political savvy to overcome inertia that impedes the ultimate success of reform efforts.

Later this year, AidData will field the second wave of its omnibus survey of decision makers and stakeholders in 126 low- and middle-income countries, which includes feedback on a wider range of data and evidence. Stay tuned for what we learn about the demand for open data by listening to these leaders.

This article is adapted from a lightning talk given at the Global Open Data on Agriculture and Nutrition (GODAN) Summit and hosted by the Presidents United to Solve Hunger (PUSH) initiative.