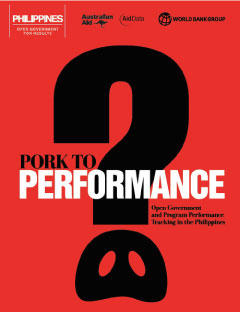 Policy Report
From Pork to Performance: Open Government and Program Performance Tracking in the Philippines
No items found.

From Pork to Performance: Follow the Money; It’s the Tip of the Iceberg

Can technology and transparency disrupt the status quo of pork-barrel politics and produce digital dividends by moving government performance out of the shadows and into the spotlight? 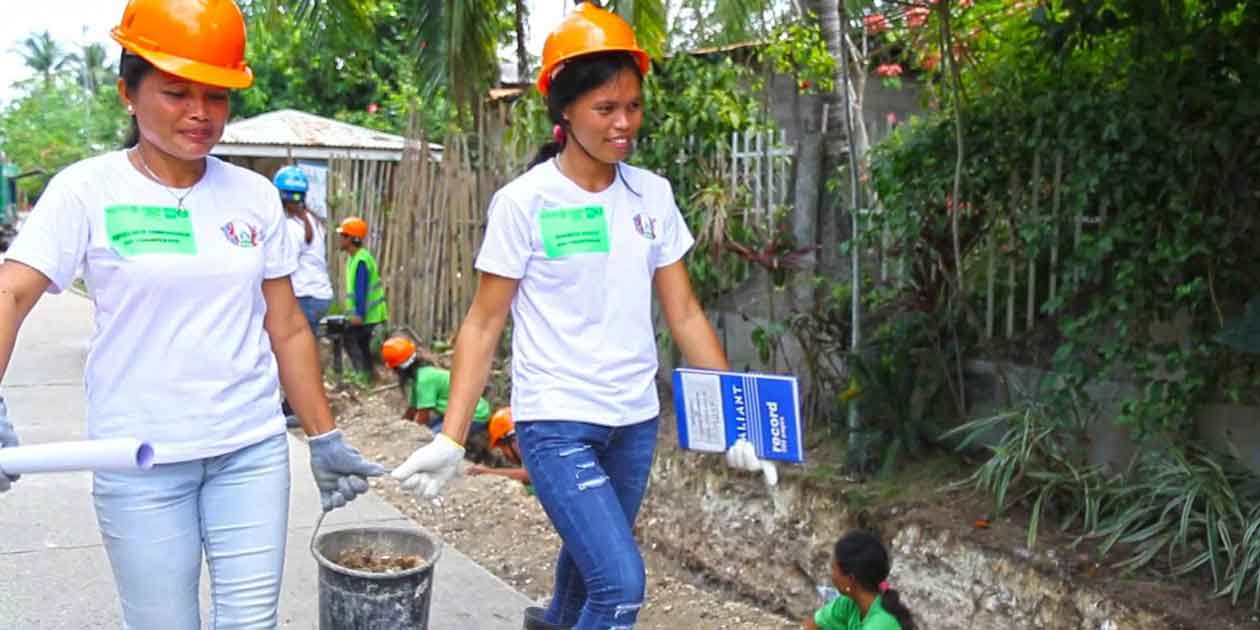 The farmer taking her produce to market, a father seeking a better education for his children, and a family displaced by a catastrophic earthquake have more in common than you might assume at first glance. The delivery of basic public services — roads, schools, and post-disaster assistance — is one of the most important functions that governments discharge. On the surface, this should be a straightforward proposition: sufficient money, properly spent, equals more and better services. However, when services break down, farmers, fathers, and families all experience the pain points in immediate, tangible ways.

For most citizens, these micro-transactions at the last mile of service delivery — on the road and in the classroom — are the most powerful impressions they have of their government’s performance. If citizens, officials, and oversight agencies can’t follow the money and track the national budget, they remain in the dark as to how well upstream public resources translate into downstream access to services they consume on a daily basis. Money gets "lost" to corruption and inefficiency, basic services become private goods, and the public is left with few opportunities to reward or sanction politicians for their performance.

In a World Bank and AidData study launched this June, we examine whether technology and transparency can disrupt the status quo of pork-barrel politics and produce digital dividendsfor countries like the Philippines by moving government performance out of the shadows and into the spotlight. From Pork to Performance: Open Government and Program Performance Tracking in the Philippines offers new evidence on the prospects and limits of technology-enabled transparency to improve governance worldwide.

Inspired by the country’s first open data portal, the Government of the Philippines and the World Bank designed a series of digital accountability platforms to disclose information on the whole service delivery chain — from upstream budgets to downstream implementation — within a given sector. The study features examples from five sectors (education, reconstruction, roads, municipal development, and tax collection) where reform champions sought to turn information into collective action to improve government performance.

Previously, public expenditure tracking in the Philippines relied on a few limited islands of electronic data stove-piped between agencies and levels of government. From Pork to Performance highlights the early progress of these efforts to streamline government information systems, level the information playing field, and close the feedback loop.

We find that digital platforms are just the "tip of the iceberg": the data they release signals the relative health of the programs that undergird them, as well as the broader enabling environment for reform. If the data the government releases is obsolete or irrelevant, people won’t pay attention. If the technology channel to get information to end-users is inaccessible, people won’t use the data. If there aren’t obvious ways for people to give feedback, lobby, or vote based upon the information, they won’t take action. Finally, if the agencies financing and implementing government programs are unwilling to heed the data and respond to feedback, services won’t improve.

Moreover, we can identify some critical ingredients to deepen these initiatives in the next phase. Specifically, we propose five action-oriented principles as a practical roadmap — an Open Government 3.0 Agenda — for reform champions across public, private, and civil society sectors in 2016 and beyond.

Operating Principle #2: Integrate digital accountability platforms within broader reform efforts, rather than as stand-alone initiatives. Platforms that are well integrated with sector-specific or cross-cutting international commitments have been more successful in galvanizing lasting political commitment, dedicated resources, and buy-in across agencies and levels of government. Prioritize those sectors where digital technologies can complement reform efforts already underway.

Operating Principle #3: Design platforms with a clear view of the performance challenge to be solved and iterate with users to ensure it is fit-for-purpose. To deepen uptake, prioritize rapid iteration with end users to ensure that platforms are releasing the right information, at the right time, and in the right format so that citizens, officials, and oversight agencies can turn publicly available data into actionable insights.

Operating Principle #4: Find ways that open government can align incentives to make politics work for development. Getting digital accountability platforms to "click" requires a constellation of actors who view greater transparency as being in their interest. Next-generation open government initiatives need to reframe the value-add of transparency as serving, rather than threatening, the interests of these stakeholders in order to break through the gridlock.

Operating Principle #5: Broaden the support base for digital accountability platforms inside and outside of government to have staying power. Focus on two growth areas: (1) mobilize the public to help improve official data on service delivery and they may be more interested in acting upon it; and (2) demonstrate the value of platform data as a management tool for civil servants to more easily plan, implement, and evaluate flagship government programs.

Hanif Rahemtulla is a Senior Operations Officer with the World Bank in Manila, Philippines.

Kai Kaiser is a Senior Economist with the World Bank in Manila, Philippines.

Rogier van den Brink is Lead Economist in the East Asia and Pacific Region of the World Bank.