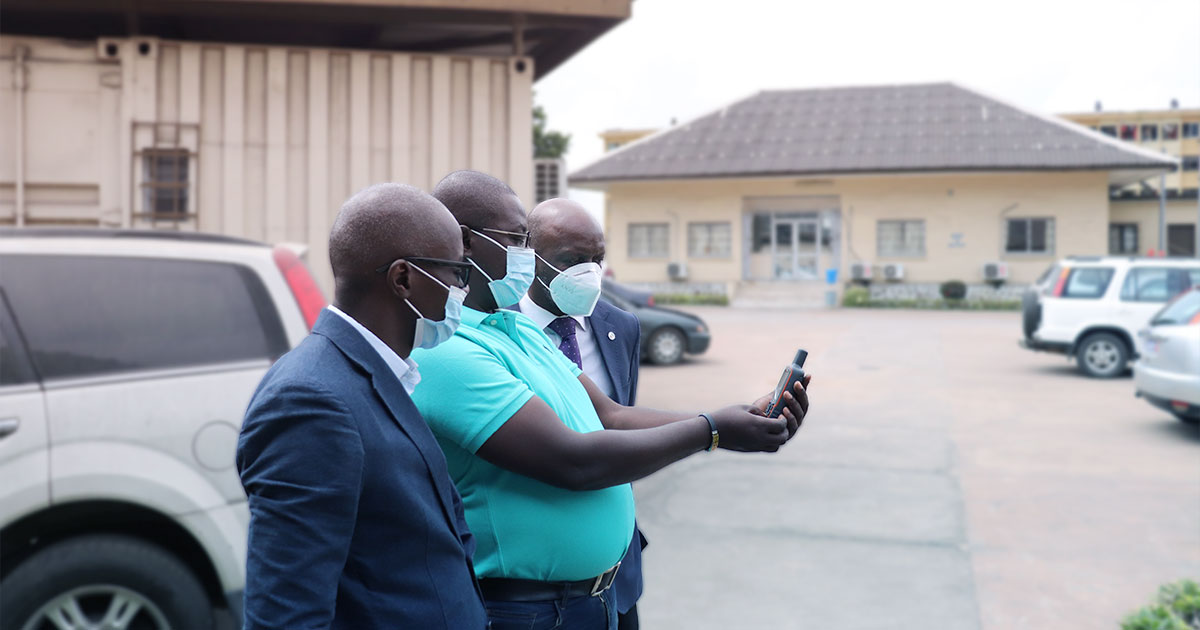 NOTE:  A French version of this post originally appeared as a press release by the U.S. Embassy in Ivory Coast.

Abidjan--Representatives from the U.S. Embassy, Côte d’Ivoire’s Ministry of Health, and a cohort of partners convened a ceremony on August 27 to hand over to the Ivorian government a new system that uses data to improve how scarce health resources are allocated to HIV/AIDS prevention and treatment. The event, at the Programme National de Lutte contre le Sida (PNLS) headquarters, also marks the official end of the Open Data Center for Health (OpenDCH) project, a two-year effort aimed to provide the country’s health officials with data-driven information and tools to aid in decision-making.

"It is our hope that the OpenDCH system will assist decision-makers across the country in leveraging data for evidenced-based decision making and ultimately to end AIDS by 2030," said Bruno Senou, a USAID Health Information Systems Advisor. “By having multiple data sources integrated, geolocated, and visualized on a dynamic map decision-makers have the ability to easily see where HIV/AIDS hotspots are thereby allowing them to allocate resources to areas in need.”

Although the OpenDCH project began well before the COVID-19 pandemic, efforts to improve targeting of scarce health resources have gained new importance recently, as restrictions on movement have complicated service delivery. The OpenDCH platform will enable the country's health workers to improve HIV/AIDS program coverage at the community level.

As part of the project, the team also trained central health workers and provided technology hardware and training to 39 priority districts. "As we hand over OpenDCH to the DIIS and the PNLS, we’re excited for the future of this system and the lasting impact it will have on the people of Côte d’Ivoire," said Nesit Abedje, one of the OpenDCH Fellows who spearheaded training of central government and district health officials.

Abedje added: "The open geospatial data infrastructure and tools developed through this project will advance the analysis on where affected communities are located, focusing on areas with greater gaps for HIV/AIDS testing and treatment. Ultimately, this will serve to improve the understanding of HIV/AIDS program coverage at the community level, leading to improved adherence, retention and targeting."

In addition to monitoring viral suppression, the tool also contains pre-populated dashboards focused on monitoring and managing the steps of care that people living with HIV/AIDS progress through and indicators such as the number of people who receive treatments at each stage. The OpenDCH tool is designed to be interoperable with other country systems. To date, the system captures data from nine sources. OpenDCH is accessible in an offline mode so that even districts and communities with limited access to the internet can still use the tool.

AidData Specialized Program Manager Emilie Efronson, said: “The map offers layering of different important pieces of information that shed light on the impact/interaction of other factors potentially on HIV -- the location of schools, roads, etc. – that push the conversation beyond looking only at prevalence or incidence.”

One of the major innovations from this project involved the integration of data and critical information from both government and community sources. “We envision that the OpenDCH tool and the data that is held in it will allow the government of Côte d’Ivoire to make more informed decisions in its efforts to combat the HIV/AIDS epidemic,” said Development Gateway’s Vanessa Goas, “and we’re proud to have utilized innovative methods to improve data availability in Cote d’Ivoire by engaging youth and women in non-traditional activities to collect and share critical information to support this program.”

The system will be now hosted by PNLS, whose server room has been renovated with an improved security system and fiber optic cable to be able to host the technology infrastructure required for the portal.