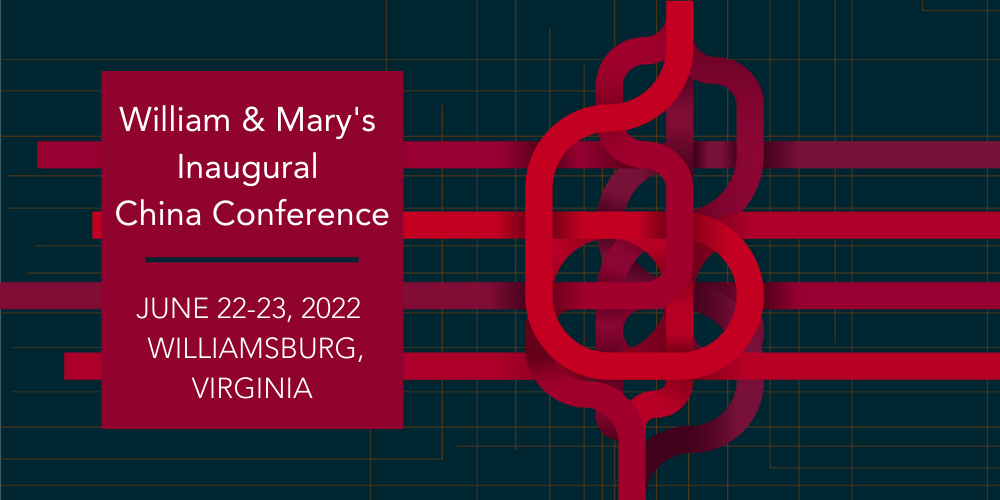 Williamsburg, VA—Today, a group of global leaders, including ambassadors, former cabinet ministers, policymakers, and leading experts, gathers at William & Mary for a dynamic conversation on the ramifications of China’s rise.

Organized by AidData, a research lab at William & Mary, and W&M’s Global Research Institute, the two-day, in-person conference brings together nearly 150 attendees. From June 22-23, they’ll discuss China’s growing global influence, consider the implications for the U.S., its allies, and the world, and coalesce around recommendations for future action and research.

The conference’s hybrid format blends two open keynote conversations that will be recorded and made available to the public, with six closed-door sessions operating under Chatham House rules.  Secretary Robert Gates, W&M Chancellor and former U.S. Secretary of Defense, and former Australian Prime Minister Kevin Rudd will kick off the convening with welcome remarks. Following the conference, a synthesis report will be published distilling the main insights from participants.

Panels and working groups will grapple with specific questions organized around four themes that are highly salient to current affairs:

The conference takes place at a pivotal time. The U.S. and its democratic allies face many global leadership challenges: thinning multilateralism, eroding democratic norms and intensifying competition with China chief among them.

Yet, contemporary discourse on China’s rise often generates more heated rhetoric than useful insight. The conference fills a critical gap to help policymakers and practitioners make sense of the best available evidence on China’s influence playbook with foreign leaders, publics and international institutions. It also addresses areas where the U.S. could compete, counter or cooperate with China.

Each morning of the two-day conference, a keynote conversation with senior leaders (open to the public and the media) will set the tone by helping attendees think strategically about two ‘big picture’ challenges for the U.S. and allied interests. Both keynote conversations are open to the public and media, and will be recorded and posted online following the convening.

These leaders will deliberate on what they see as the threats and opportunities of China’s growing economic power for the U.S., its allies, and the Global South. They’ll assess whether America’s economic statecraft—its tools, strategies, and partnerships—are effective in positioning the U.S. as an economic partner of choice and navigating pressures of thinning multilateralism, decolonizing aid, and intensifying great power competition. Finally, they’ll share reflections and recommendations on how the U.S. might reimagine its economic statecraft to counter, cooperate, or compete with China in the future.

In this conversation, these leaders will discuss what role democratic values should play in how the U.S. engages with other countries—choosing allies and partners, identifying adversaries, influencing skeptics, and conditioning assistance. They’ll deliberate what they see as the implications of China’s growing power to shape international norms, narratives, and institutions. Next, they’ll assess whether America’s foreign policy tools, strategies, and partnerships are fit-for-purpose in attracting partners, promoting its values, and advancing its national interests. Finally, they’ll share reflections and recommendations on how the U.S. might reimagine its global leadership to counter, cooperate, or compete with China in the future.

China’s rise presents myriad challenges, opportunities, and trade-offs for the U.S., its allies, and other countries. Sharp cleavages have emerged between so-called China hawks and doves, as well as skeptics and advocates of U.S. global leadership.

This ideological polarization is exacerbated by imperfect information on what China is doing where, why, how, and to what effect—leading to ill-informed assessments of the strategic challenge for the U.S. and the optimal responses. Meanwhile, what insights do exist are often siloed and seldom shared between disciplines, sectors, and organizations. Taken together, polarized views, imperfect information, and siloed knowledge are skewing discourse, inhibiting deliberation, and stymieing practical action in detrimental ways.

The spirit of this convening is therefore focused on sparking conversations, facilitating learning, and brokering collaborations between seemingly disparate groups. The conference seeks to encourage constructive debate and dialogue across the ideological spectrum, from diverse disciplines and sectors.

To overcome our own blindspots and better understand how other countries view the value propositions and risks of working with the U.S. and China, the conference will strategically spotlight international voices from among U.S. allies, the Global South, and inter-governmental agencies, alongside domestic actors. Finally, the conference aims to provoke new insights by purposefully mixing senior policy leaders from governments and organizations who have the means and mandate to direct resources and policy, with thought leaders and working-level professionals who can offer fresh ideas and different vantage points to think outside of the box.