The changing tactics of aid when partisanship runs high

The U.S. distributes almost twice as much foreign aid as any other nation; in 2015 alone the U.S. spent about $27.4 billion on foreign assistance. What happens when an uncooperative Congress makes it difficult for the executive branch to allocate bilateral aid? 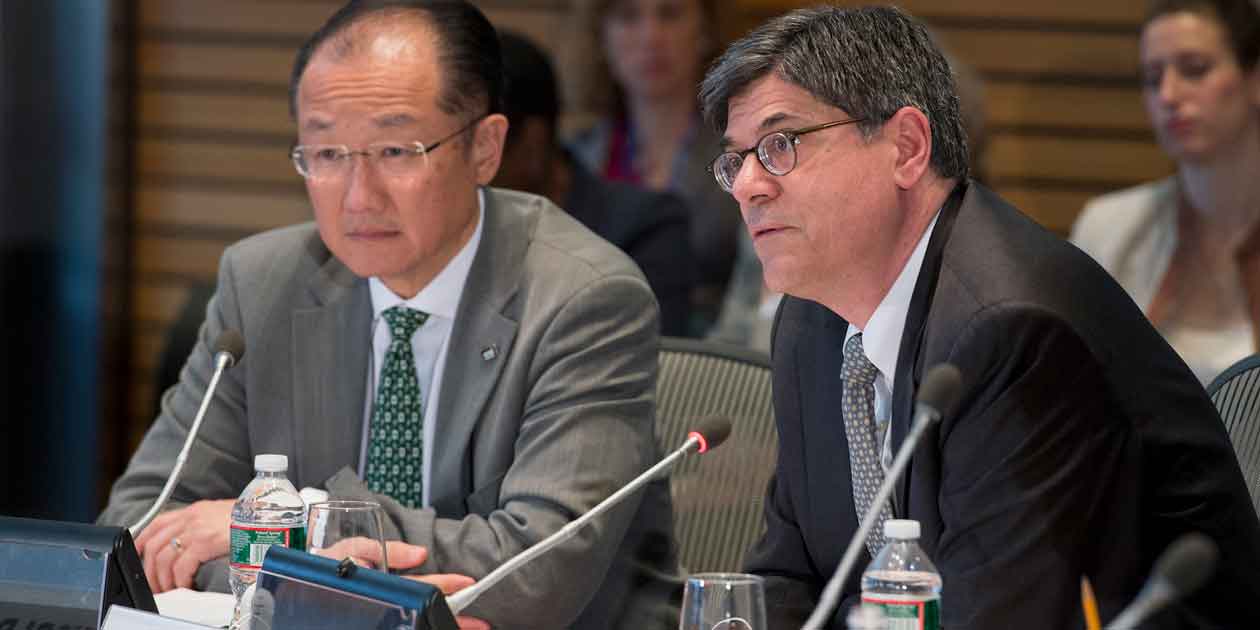 The U.S. distributes almost twice as much foreign aid as any other nation; in 2015 alone the U.S. spent about $27.4 billion on foreign assistance. What happens when an uncooperative Congress makes it difficult for the executive branch to allocate bilateral aid?

In Do Domestic Politics Shape U.S. Influence in the World Bank?, authors Erasmus Kersting and Christopher Kilby of Villanova University investigate how domestic politics has affected the U.S. exercise of influence over foreign aid. The authors hypothesize that in times of divided government, the executive branch would favor using multilateral aid over bilateral aid — despite the much smaller amount of U.S. aid committed multilaterally, as seen in Fig. 1 below — and find that the pattern of U.S. influence over the World Bank is indeed driven by years when the U.S. government was divided.

A divided government occurs when one political party controls the executive branch, while another controls one or both houses of the legislative branch. Early in the 20th century, divided government was rare in the U.S. But since the 1970s it has become increasingly common, with 10 of the the past 16 years having seen divided government. This political division between the two branches of the government responsible for allocating foreign aid — the U.S. Congress and executive agencies such as the State Department and the White House — has necessitated a change of political tools, as each side seeks to accomplish their foreign policy objectives without the help of the other.

Two parallel literatures surround foreign aid in pursuit of policy goals: one addressing the use of bilateral aid (which makes up 32% of all U.S. foreign aid) to promote American national interests, and another addressing the use of multilateral aid (only 6% of all U.S. foreign aid). Kersting and Kilby’s work sits at the intersection of research on bilateral and multilateral aid, and seeks to discover how U.S. domestic politics influences the choice of one form of aid over the other.

Kersting and Kilby build off the findings of Milner and Tingley — who argued that the relationship between the White House and Congress may constrain the use of certain political tools — and hypothesize that Congress can indeed constrain the President’s foreign aid agenda. Their argument is challenged by Aaron Wildavsky’s “two presidencies” thesis, which contends that while Congress dominates the domestic policy arena, the President has more or less a free hand in crafting foreign policy. Kersting and Kilby argue that this thesis does not hold in the case of foreign aid for three main reasons.

Second, “most foreign aid proposals do have a clear domestic impact” that would interest Congress, such as the purchase of food for food aid from agricultural states or agribusinesses in the U.S. Third party groups would likely lobby and inform Congress of the domestic importance of such foreign aid proposals, negating the informational advantage of the President in the sector of foreign policy.

Finally, members of Congress have just as much of an “electoral incentive” as the President when it comes to foreign aid. While Presidents are widely remembered for their larger foreign policy legacy, members of Congress can also have such a legacy within their own district if they are perceived as bringing more contracts to their districts as a result of foreign aid initiatives.

While the authors find that Congress can constrain the President’s bilateral foreign aid agenda, it has significantly more trouble limiting the President’s actions in international financial institutions such as the World Bank. Congress can exert some influence in the Bank — particularly via voting directions to the U.S. World Bank Executive Director and the triennial replenishment of the International Development Association — but it has “little real control over the day-to-day World Bank decisions” and does not enjoy the same amount of influence within the Bank as the President. By contrast, the executive branch enjoys much more behind-the-scenes and informal influence in the Bank, allowing it to make deals such as selective loan enforcement and faster disbursement for U.S. allies.

Kersting and Kilby hypothesize that “when an uncooperative Congress makes bilateral aid difficult to use, the [executive] administration should more often select the multilateral route.” Revisiting four past studies of U.S. influence within the World Bank, the authors investigate U.S.-World Bank influence patterns in instances when the U.S. government was divided and when it was not, and find evidence that U.S. influence within the Bank is driven by years when the government is divided.

For example, countries with Bank loans that followed U.S. voting patterns in the UN General Assembly experienced favorable selective enforcement of loan conditionality in the years the U.S. government was divided. The executive branch appears to bypass Congress by using its own influence within the Bank to create favorable conditions for select recipient nations. The authors also found evidence of the U.S. presidential administrations engaging in a form of electioneering by using similar influence tactics to the one described above to accelerate loan disbursement to favored incumbent governments during the run up to their elections.

These findings support the hypothesis that the executive branch can work around Congress to achieve its foreign policy goals via the World Bank, and provide a tentative explanation as to why some U.S. administrations may choose to use one form of aid over another. This paves the way for further studies investigating the influence of powerful donor countries within international organizations, specifically the use of multilateral organizations as tools by politicians to influence international aid.

Editor’s Note: The following post was compiled by First Tranche contributor Carolyn Iwicki. It is adapted from an AidData working paper — Do Domestic Politics Shape U.S. Influence in the World Bank?, by Erasmus Kersting and Christopher Kilby — that investigates how domestic U.S. politics affect the American exertion of influence in international financial institutions, specifically the World Bank.