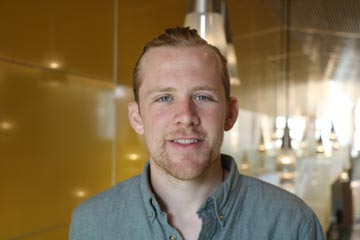 How do we ensure people with disabilities and other vulnerable groups are included in the post-2015 development agenda?

Despite notable successes, the 2000-2015 Millennium Development Goals (MDG) agenda is widely criticized for failing to systematically track progress or to include the poorest of the poor and most vulnerable in pursuit of global progress. Through our Financing the SDGs methodology, widget and forthcoming series of analytical papers, AidData is committed to helping the international community develop better tools to focus resources, monitor progress and facilitate dialogue around the global goals.

However, the question still remains: How do we ensure people with disabilities and other vulnerable groups are included in the post-2015 development agenda?

This is a question world leaders and development actors grappled with as they drafted the Sustainable Development Goals (SDGs). The mantra of “leave no one behind” was introduced by United Nations Secretary General Ban Ki-Moon to emphasize that the next 15 years should focus on development that is not only sustainable, but broadly inclusive. Accordingly, the SDGs take a symbolic step forward with the specific inclusion of people with disabilities in 5 of the 17 goals. As more attention turns to inclusive development, questions remain about a) how inclusive rhetoric translates to action and b) how to track the funding directed towards vulnerable populations.

The No One Left Behind: Tracking Aid for Vulnerable Populations pilot study builds on the theme “leave no one behind.” In 2015, researchers from the School of Global Inclusion and Social Development at the University of Massachusetts Boston teamed up with AidData, a research and innovation lab at the College of William and Mary, to pilot a methodology to track funding towards people with disabilities within development partner portfolios.

The World Bank was selected as the first pilot organization for the study due to its position as a thought leader in the field and its vast database of publicly available project documents. The research team developed and road-tested a coding schema based on a shared definition of disability and the SDG framework. The resulting methodology provided guidelines for identifying whether and how a given project was inclusive of persons with disabilities in alignment with the 169 SDG targets. Each of the World Bank’s  2,576 active, publicly available projects were scanned for disability related keywords and the resulting projects were coded using a double-blind approach.

Of the investigated projects, the team identified 144 (5.6%) that included keywords related to disability. Of those projects, just 52 (2.0%) of the projects were ultimately coded as inclusive of people with disabilities. The most often used codes fell under Goal 17 (37%), which calls for partnerships to achieve the goals, followed by Goal 4 quality education (21%), Goal 1 no poverty (15%), and Goal 3 good health and wellbeing (10%).

Key recommendations from the study to ensure disability inclusive development in future Bank projects include:

1) Developing a targeted definition of vulnerable populations and policies to explicitly include people with disabilities (PWDs);

2) Increasing the number of inclusive projects for active participation of PWDs;

3) Expanding the pilot’s target population to include additional vulnerable populations, such as women, children, and;

4) Developing a ‘best practice’ toolkit for disability inclusion that is both operational and feasible based on qualitative analysis and inclusive development literature.

This pilot study represents a first attempt to monitor the extent to which the concrete investments of development partners support their stated goals for disability inclusion. The initial results underscore the need for better systems to track and monitor the inclusion of people with disabilities in development programs -- both for development finance institutions and the advocacy groups seeking to hold them accountable to their commitments on sustainable, inclusive development.

The research team is currently developing qualitative tools to assess inclusive development projects and undertaking a Phase 2 pilot study of active projects from the United Kingdom’s Department for International Development.

Jacob Sims is Associate Director of the Sustainable Development Intelligence program at AidData.

Dr. Valerie L. Karr is a Assistant Professor of International Development at the School for Global Inclusion and Social Development located in University of Massachusetts Boston.