Bargaining with Beijing: A Tale of Two Borrowers

Gardner, A., Lin, J., Morris, S., Parks, B. (2020). Bargaining with Beijing: A Tale of Two Borrowers. Center for Global Development and AidData at William & Mary.

Update: This note was revised in February 2021. The original version, published in November 2020, is available here. 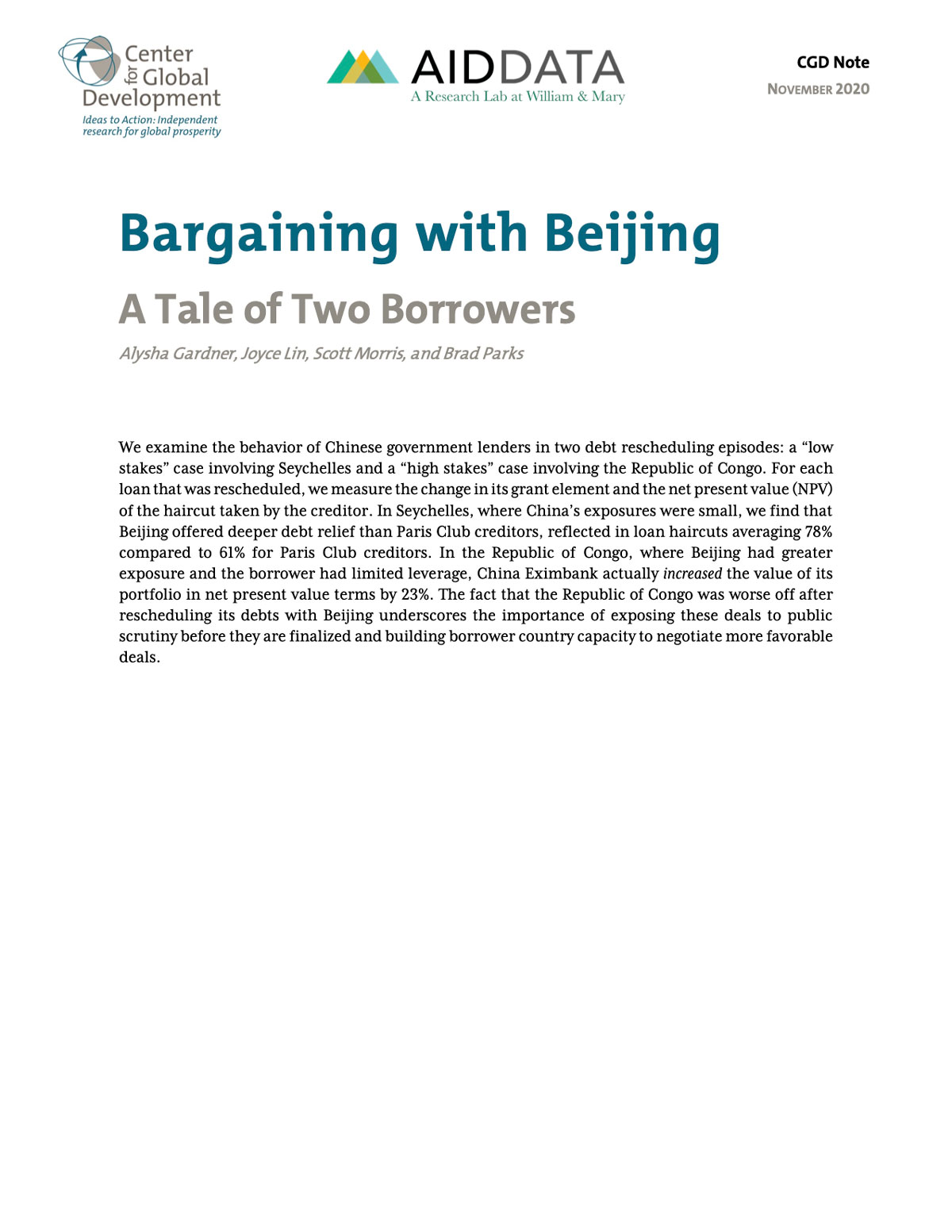 This note is co-published by CGD and AidData.

We examine the behavior of Chinese government lenders in two debt rescheduling episodes: a “low stakes” case involving Seychelles and a “high stakes” case involving the Republic of Congo. For each loan that was rescheduled, we measure the change in its grant element and the net present value (NPV) of the haircut taken by the creditor. In Seychelles, where China’s exposures were small, we find that Beijing offered deeper debt relief than Paris Club creditors, reflected in loan haircuts averaging 78% compared to 61% for Paris Club creditors. In the Republic of Congo, where Beijing had greater exposure and the borrower had limited leverage, China Eximbank actually increased the value of its portfolio in net present value terms by 23%. The fact that the Republic of Congo was worse off after rescheduling its debts with Beijing underscores the importance of exposing these deals to public scrutiny before they are finalized and building borrower country capacity to negotiate more favorable deals.