China and the World Bank: How Contrasting Development Approaches Affect the Stability of African States

Update: A revised version of this paper has been published in the Journal of Development Economics. 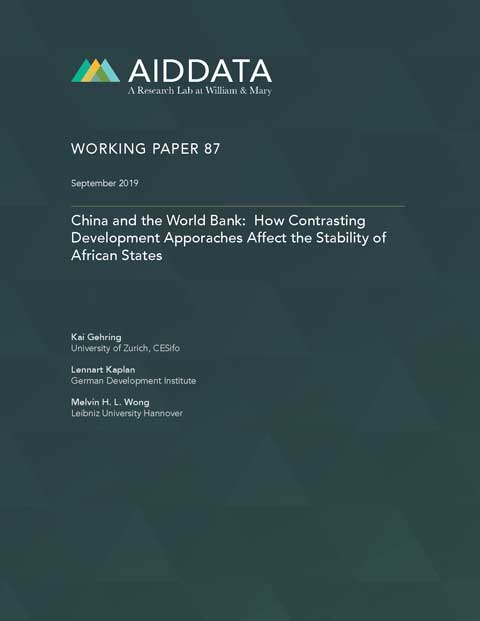 China’s development model challenges the approaches of traditional, Western donors like the World Bank. We argue that both aim at stability, but differ in the norms propagated to achieve that. Using fixed effects and IV estimations, we analyze a broad range of subnational stability measures in Africa. Aid by both the World Bank and China does not increase outright conflict nor any type of citizen protest, on average. Both even reduce outright conflict by governments against civilians. Still, Chinese aid is associated with more government repression and an increased acceptance of authoritarian norms, while World Bank projects strengthen democratic values.

Note: This working paper was first published on March 18, 2019 under the title, Aid and Conflict at the Sub-National Level: Evidence from World Bank and Chinese Development Projects in Africa. That version is archived here: https://www.aiddata.org/publications/aid-and-conflict-at-the-sub-national-level-evidence-from-world-bank-and-chinesedevelopment-projects-in-africa 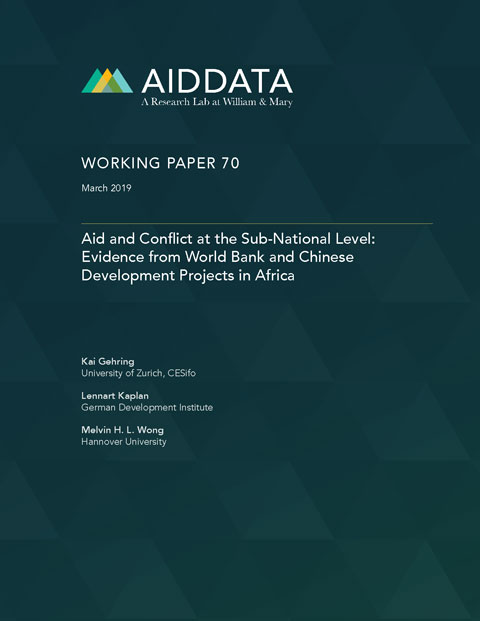 Aid and Conflict at the Sub-National Level: Evidence from World Bank and Chinese Development Projects in Africa