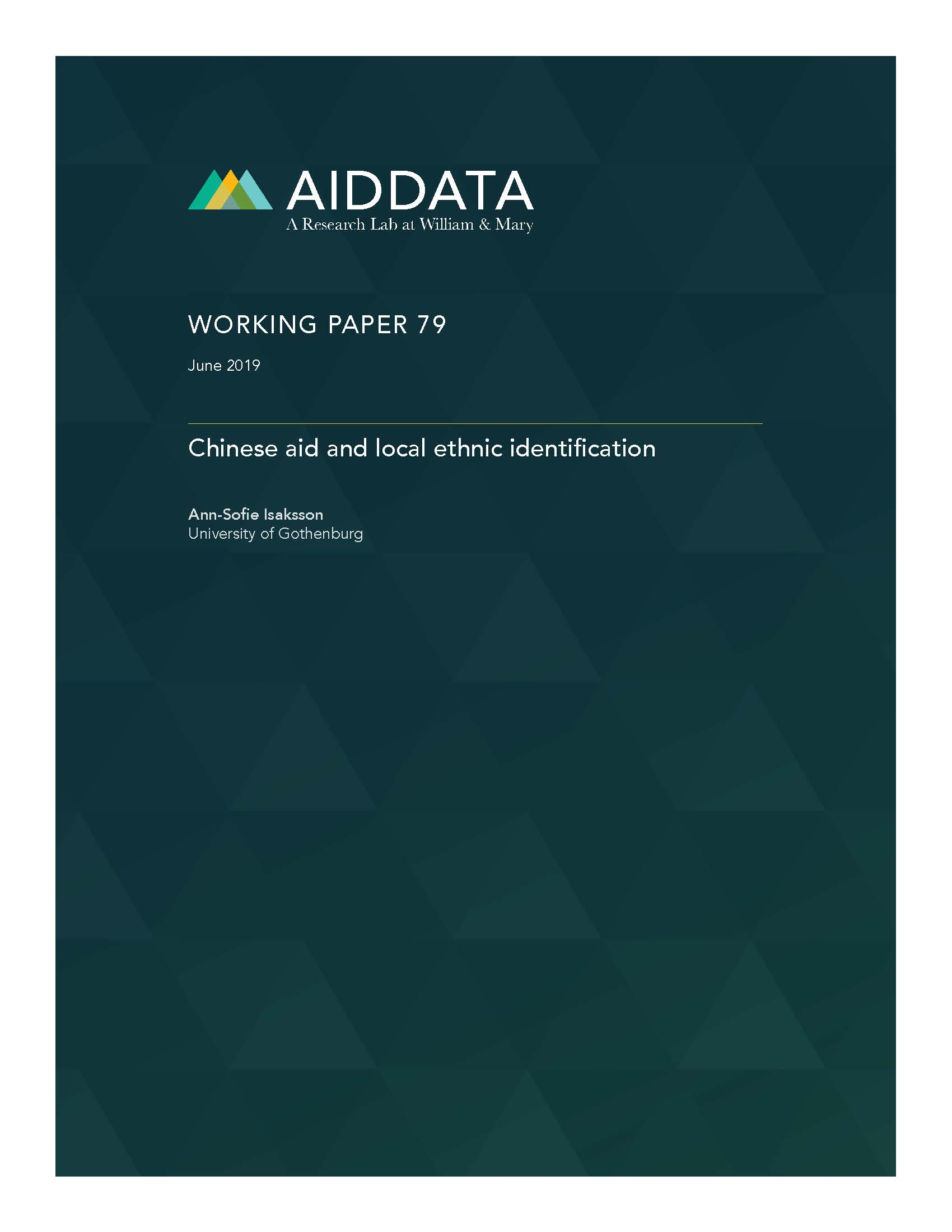 Recent empirical evidence suggests that Chinese development finance may be particularly prone to elite capture and patronage spending. If aid ends up in the pockets of political elites and their ethno-regional networks, this may exacerbate grievances based in horizontal inequalities. The present study investigates whether the implementation of Chinese development projects fuels local ethnic identities. A new geo-referenced dataset on the subnational allocation of Chinese development finance projects to Africa over the 2000-2014 period is geographically matched with survey data for 94,954 respondents from 18 African countries. The identification strategy consists in comparing sites where a Chinese project was under implementation at the time of the interview to sites where a Chinese project will appear subsequently. The empirical results indeed suggest that living near an ongoing Chinese project fuels ethnic identification. There is no indication of an equivalent pattern when considering development projects of other donors.