The Political Economy of Multilateral Lending to European Regions 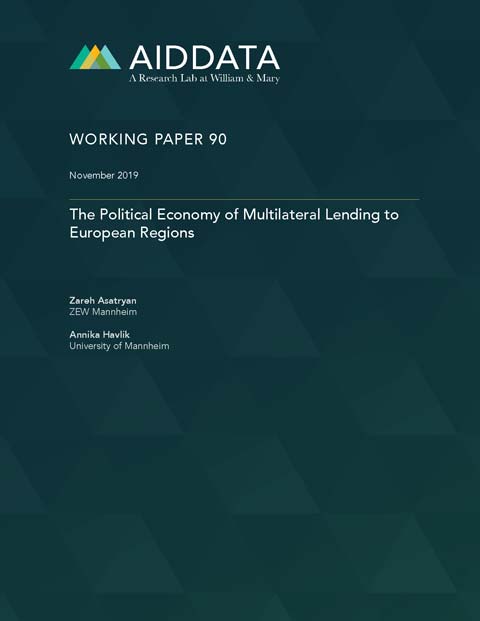 We study the political economy of allocation decisions within a major state investment bank. Our focus is the European Investment Bank (EIB) – "The Bank of the EU" – which is the largest multilateral lending (and borrowing) institution in the world. We collect (and make available) information on the regions of origin of about 500 national representatives at the EIB's Board of Directors – the decisive body for loan approvals — since its foundation in 1959 and show that a representative's appointment increases the probability of her sub-national region receiving a loan by about 17 percentage points. This "home-bias" effect is driven by large loans financing infrastructure projects. We provide several pieces of evidence, which are consistent with the hypothesis that home-bias lending may lead to resource misallocation, however we cannot conclusively demonstrate this case of economic ineffciency.