Top Lights: Bright Cities and Their Contribution to Economic Development 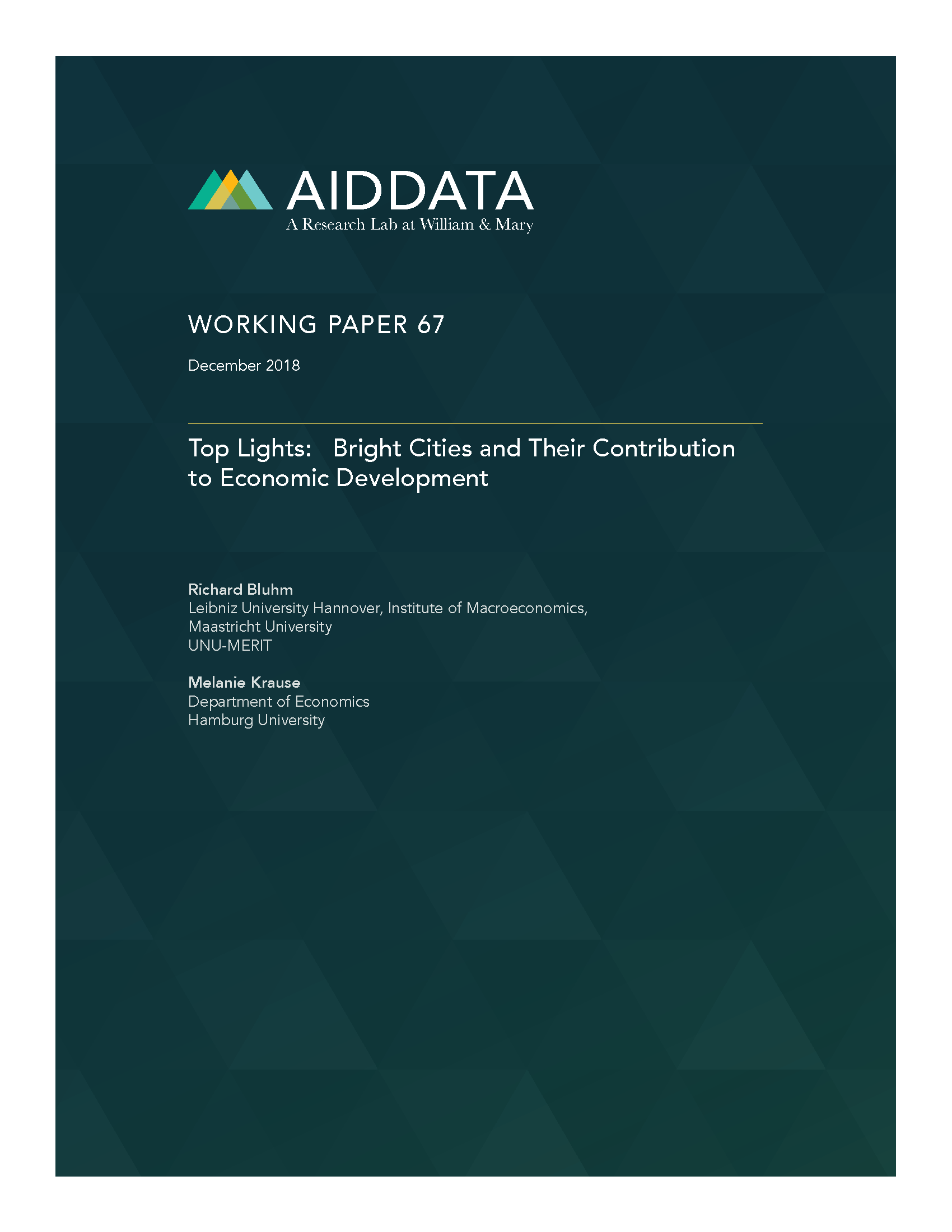 Tracking the development of cities in emerging economies is difficult with conventional data. We show that satellite images of nighttime lights are a reliable proxy for economic activity at the city level, provided they are first corrected for top-coding. The commonly-used data fail to capture the true brightness of most cities. We present a stylized model of urban luminosity and empirical evidence which both suggest that these ‘top lights’ can be characterized by a Pareto distribution. We then propose a simple correction procedure which recovers the full distribution of city lights. Our results show that the brightest cities account for nearly a third of global economic activity. Applying this approach to cities in Sub-Saharan Africa, we find that primate cities are outgrowing secondary cities but are changing from within. Poorer neighborhoods are developing and sub-centers are emerging, with the side effect that Africa’s largest cities are also becoming increasingly fragmented.

Assistant Professor at the Hannover Institute of Macroeconomics at Leibniz University