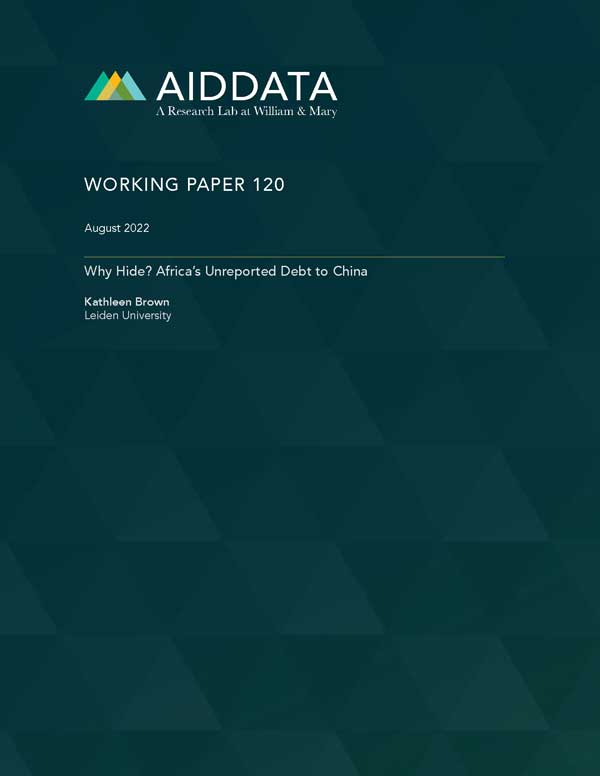 Hidden debt is endemic throughout the sovereign credit market and poses a serious threat to global financial stability. Yet, little is known about how or why governments conceal their liabilities from creditors. I argue that governments intentionally hide debts from international financial institutions (IFIs) to maximize their ability to borrow while avoiding punishment for rising debt burdens. IFIs frequently penalize governments in low-income countries for borrowing beyond their means. By hiding some debt, governments are able to continue borrowing without being disciplined for their rising debt burdens. I test this using recently released data that reveals half of Chinese loans in Sub-Saharan Africa are missing from sovereign debt records. I find that borrowing governments hide loans to avoid violating World Bank debt sustainability thresholds. However, governments hide less debt while under IMF scrutiny so as to reduce the risk that they will be discovered and punished. These findings offer evidence that borrowing governments use hidden debt as a strategic tool to pursue fiscal goals. Further, this work reveals the unintended consequences of IFI intervention in less-developed countries, as efforts to ensure fiscal stability increase governments’ incentives to hide debt.