The First Tranche
AidData's Blog
Listening to leaders on education data: A new report
Decoding Data Use: What evidence do world leaders want to achieve their goals?

Policy Report
Decoding Data Use: How do leaders source data and use it to accelerate development? 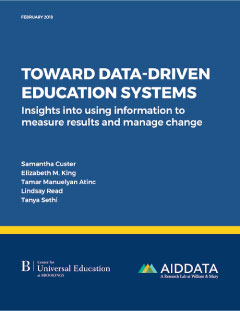 The survey will collect data from thousands of leaders on which development partners they prefer to work with, and why. 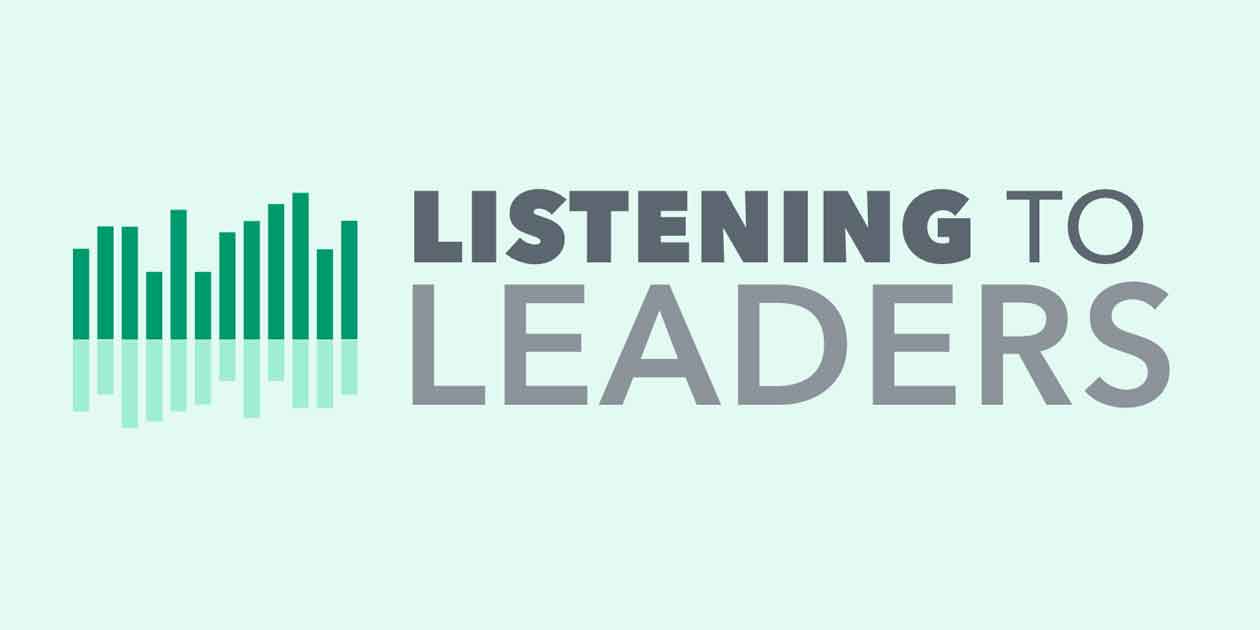 Seeking answers to these pressing questions, AidData launched the new Listening to Leaders survey in late January to collect 360-degree feedback on development priorities, progress, and performance from the perspectives of policymakers and practitioners in 126 low- and middle-income countries. This survey is unique not only in its methodological rigor, but also in providing a megaphone for leaders to share their experiences and provide feedback on the development partners and other actors with whom they work.

Our first survey of developing world leaders, the 2014 Reform Efforts Survey, received nearly 6,750 responses, including 49 heads of state and 268 ministers or vice ministers. This second wave of the survey — funded by the Hewlett Foundation, the Gates Foundation, USAID, Germany’s Federal Ministry for Economic Cooperation and Development (BMZ), and the UK’s Department for International Development through the GODAN Action initiative — has now been fielded to more than 50,000 individuals.

Survey respondents include policymakers and practitioners from five stakeholder groups, including host government officials, development partners, civil society organizations (CSOs), and non-governmental organizations (NGOs). They will have the opportunity to share their experiences working with more than 125 domestic and international development organizations between 2010 and 2015, and to provide insight into the most pressing development issues they face, their top policy priorities, how they use data for development, and which sources of advice and assistance they regard as most useful.

AidData's Listening to Leaders survey is distinguished from others by its unique vantage point. Most evaluations of development effectiveness are conducted at arm’s-length by experts — rarely do we hear what domestic leaders and reformers want and need. Listening to Leaders puts these leaders in the driver’s seat to assess the performance of their partners and call attention to areas for improvement.

The survey is also notable for both its sheer scope and the rigor of its construction. Researchers at AidData spent almost two years updating the survey’s sampling frame, hand-validating records for the more than 50,000 potential respondents, and developing the new questionnaire, which builds upon the successful 2014 Reform Efforts Survey. A series of additional questions goes beyond respondents’ perceptions of the influence and helpfulness of development agencies, to drill down into these leaders’ priorities for development and their uptake and use of data. Respondents are also now able to select sub-sectors within their overall sector of expertise, enabling more finely grained analysis.

Drawing directly from the results of this survey, AidData will this year publish two major flagship reports. The first, Decoding Data Use: How do leaders source data and use it accelerate development?, will provide insight into whether and how data informs action for development. Listening to Leaders: Priorities, Partnerships, and Alignment, the second flagship report, will analyze the extent to which the preferences and priorities of national leaders are aligned with those of their citizens and the international community, as well as the perceived influence and helpfulness of a wide range of domestic and international partners.

The survey is being fielded in English, Spanish, Russian, French, Portuguese and Arabic. Answers to FAQs about the survey are available in each language, and the executive summaries of future reports using this survey data will be published in all six languages.

Rebecca Latourell was a Senior Program Manager at AidData from 2015 to 2018.