Chinese-funded infrastructure in endangered forests: What is the data telling us?

The picture becomes clearer when breaking down the effects within each country. 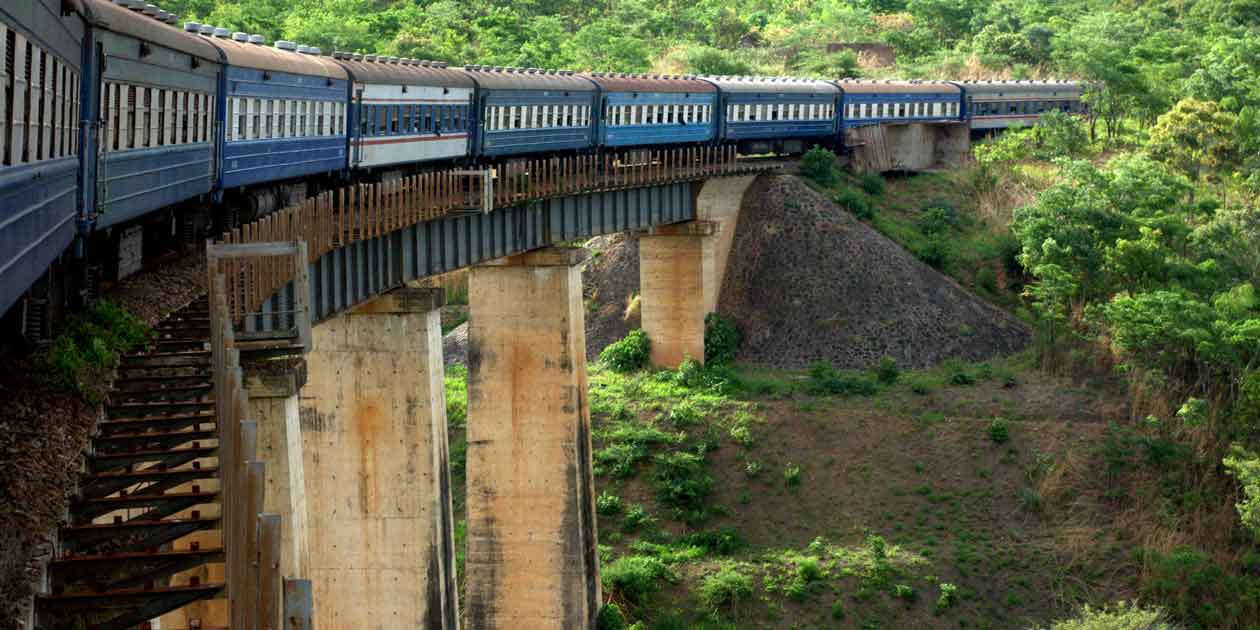 The first Chinese-backed railway, Tazara Rail (pictured above), was funded in the 1970s. Now China has agreed to help Tanzania build a new 2,561km railway worth USD 7 billion that will run between the Tanzanian port of Dar es Salaam and the Great Lakes states of Rwanda and Burundi. Photo by Richard Stupart, licensed under (CC BY 2.0).

How do large-scale infrastructure projects affect forests rich in biodiversity but under threat? New AidData research finds that the answer depends to a large degree on the forest protection regime in place: in some cases, forest loss actually slows in areas with projects, but these effects reverse when forests are not adequately protected by the host government.

To discover the true impact of Chinese development activities on forest health in ecological hotspots in Cambodia and Tanzania, AidData carried out a geospatial impact evaluation (GIE) that identified how forests in those countries changed when exposed to infrastructure projects.

We first merged newly collected, geo-referenced aid data on Chinese development projects with high-resolution, publicly available satellite data on forest cover change and a battery of other environmental variables. Then — by comparing changes in forested areas near development projects to areas that did not have projects but were otherwise similar — we quasi-experimentally tested the extent to which proximity to active infrastructure projects led to changes in forest loss. The dataset covers 26,716 forested grid cells in Cambodia and Tanzania observed from 1982 to 2014, allowing us to control for fixed effects and pre-trends at the individual cell level.

But the picture is different when we break down these effects within each country. Here, we find effects that are actually more consistent: in areas of Cambodia where large tracts of forested land were granted to natural resource sector investors and the enforcement of environmental laws and regulations was exceptionally weak, forests were negatively impacted by nearby projects (as they were in Tanzania). At the same time, areas of Tanzania under formal forest protection experienced little or no deforestation from nearby projects.

AidData’s work on this project, in partnership with the MacArthur Foundation, builds on our ongoing data collection and research program to create a global body of evidence about the nature, distribution, and effects of Chinese development finance. With an eye toward sustainability, we have made the data and analysis developed for this project publicly available to equip researchers and policymakers with additional information on Chinese development and its effects.

Editor’s Note: This post is the third in a series on AidData’s work with the MacArthur Foundation to discover the impacts of Chinese development activities on forest health, and was compiled by Sarina Patterson, AidData's Communications Associate. See our previous posts: AidData publishes geocoded dataset on Chinese financing in ecological hotspots, and “Beyond Africa”: A glimpse into AidData’s forthcoming dataset on Chinese financing in ecological hotspots. Ariel BenYishay, Brad Parks, Dan Runfola, and Rachel Trichler are involved in several studies that evaluate the forest and biodiversity conservation impacts of international development projects, including projects funded by KfW and the World Bank.