The First Tranche
AidData's Blog
Beyond the Tyranny of Averages: AidData report highlights unequal development within countries
No one left behind: Why we need granular data to respond to hotspots in the U.S. and beyond 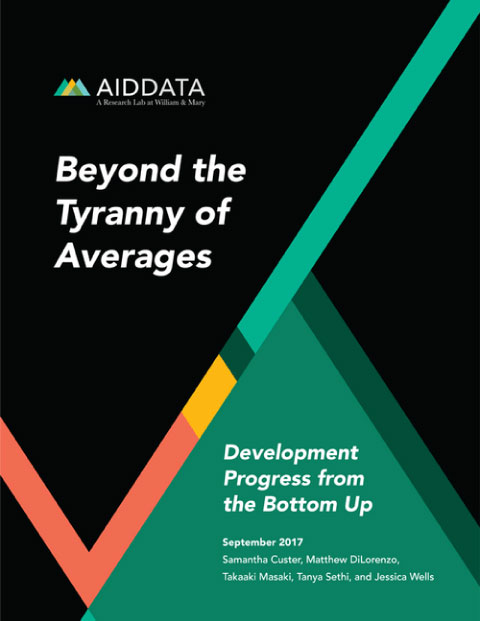 Policy Report
Beyond the Tyranny of Averages: Development Progress from the Bottom Up

Journal Article
Knowledge Management for Development Journal
No one left behind: a review of disability inclusive development efforts at the World Bank
No items found.

Counting the “missing millions”: Disruptive ideas to leave no one behind

Three reasons why the status quo of development data isn't good enough—and three examples of how we can change it. 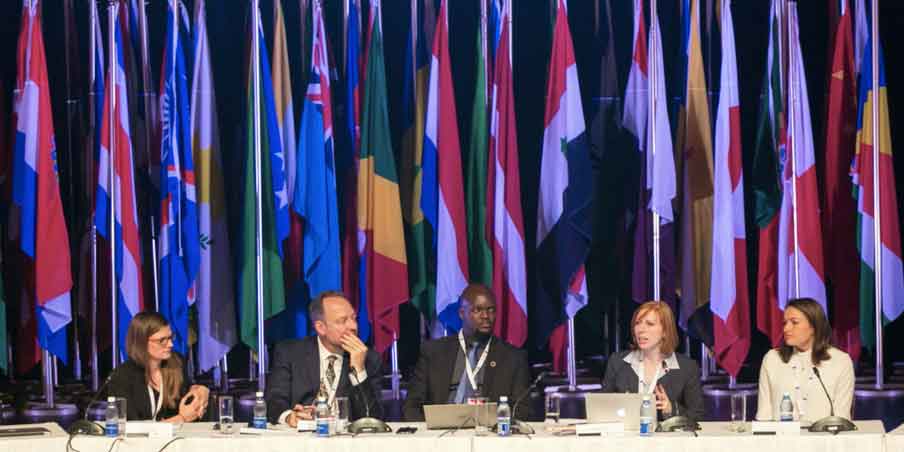 Samantha Custer, Director of Policy Analysis for AidData, (second from right) moderates a panel discussion on 'The "Missing Millions" and Data Collaboratives’ in Cape Town, South Africa during the 2017 UN World Data Forum. Photo by IISD/ENB | Kiara Worth.

Achieving sustainable development for all will require a seismic shift in how we measure progress and allocate resources. AidData already tracks who is funding what, where, and to what effect. However, increasingly we must also monitor who is benefiting from sustainable development. The implication of the sustainable development goals (SDGs) is the need to disaggregate data by “the characteristics of people and their locations”, while still enabling aggregation and comparability across space and time.

This is easier said than done. Ethnic minorities, internally displaced persons, refugees, migrants, the elderly, and persons with disabilities, to name a few, are often underrepresented in data collection efforts. These vulnerable groups are practically invisible to those seeking to allocate resources and monitor progress against national priorities and global goals. As discussed in the January 2017 UN World Data Forum in Cape Town, South Africa, counting these "missing millions" is a political challenge, a policy imperative, and a profound data gap.

It is clear that the status quo for development data simply isn’t good enough, and I’ll give you three reasons why.

If we don’t count the missing millions, we won’t know whether the lives of the poorest of the poor are improving.

A study from the Overseas Development Institute estimates 350 million people worldwide are not covered by household surveys because they live in difficult-to-reach areas or groups that fall outside of the survey design (e.g., migrants, pastoralists, the homeless). As a result, our statistics could be under-reporting the actual experience of poverty among the poorest of the poor, who do not live in traditional households or reside in rural or conflict-prone areas. There could be many more people living below the international poverty line of $1.90 per person per day than the World Bank’s estimate of 767 million people suggests based upon 2013 data.

If we don’t disaggregate data by vulnerable populations, we can't ensure that resources effectively reach these groups.

An estimated 15% the world’s population lives with a disability and 80% of these people live in low- and middle-income countries. Yet, persons with disabilities are seldom explicitly mentioned in development projects and even if they are, it is uncertain whether or how they are actually benefiting. According to a study by AidData and the University of Massachusetts, only 6% of active World Bank projects explicitly mention disability and only 2% met our criteria of being truly inclusive of persons with disabilities.

If we don’t make data publicly available on who is (and is not) benefiting from development, we undercut the agency of vulnerable groups to advocate for better services and support.

In an upcoming AidData report on the state of development data use in three countries, we find that domestic demand for disaggregated data on service delivery and development indicators by geography and demography frequently outstrips the capacity of national statistics organizations and other government agencies to supply this information.

Leaving no one behind requires partnerships beyond the usual suspects

The international community will need to marshal additional resources, innovate new methods, and mobilize political commitments to ensure no one is left behind. This theme will certainly be very much in focus during the 48th Session of the UN Statistics Commission which kicks off in New York this week. Yet, statisticians, advocates, researchers, and policy wonks typically operate in radically different worlds — each with their own objectives, incentives, and day-to-day realities. Success will require brokering partnerships beyond the usual suspects and across wider range of public, private, and civil society sector institutions towards a common goal.

Consistent with this ethos, AidData is collaborating with old and new partners to help policymakers and practitioners to be more inclusive in 2017 as they allocate resources, site projects, and evaluate results. I’ll highlight three examples of how these collaborations are fueling our efforts to pilot, test, and scale disruptive ideas to leave no one behind.

How inclusive are investments in sustainable development?

AidData, with support from the William and Flora Hewlett Foundation, teamed up with the University of Massachusetts’ School for Global Inclusion and Social Development to design a new methodology that tracks whether aid projects were inclusive of persons with disabilities. The methodology was road-tested to assess the disability inclusiveness of the World Bank’s entire active project portfolio and the results were published in the January 2017 edition of the Knowledge Management for Development Journal.

The team hopes to extend and adapt the approach this year to: (a) track the inclusivity of aid investments for more vulnerable populations; (b) assess the inclusivity of additional development partner investments beginning with the UK’s Department for International Development (DFID); and (c) evaluate inclusion not only in terms of access to resources, but also project results.

How do we better target resources to support at-risk communities at the local level?

AidData researchers collaborated with students at the College of William and Mary, with support from the Hewlett Foundation, to create the first geo-referenced index of social vulnerability at the subnational level in Colombia. The beta version of the index triangulates information on 26 variables from the Colombian government’s 2005 census, aggregated for each municipality (ADM2) in the country, as well as geocoded data on aid projects produced by AidData. With this information, policymakers will be able to assess the responsiveness of aid to the locations of at-risk communities and improve targeting of domestic and external resources to support sustainable development among those in greatest need. The team is currently completing the analysis and refining the index prior to disseminating the preliminary results later this summer.

What is the view of development progress from the bottom up?

Drawing upon five years of work in partnership with the U.S. Global Development Lab and the AidData Center for Development Policy, we are producing a flagship report on the state of subnational development in low- and middle-income countries.

The analysis, which will be published later this year, uses geographically precise data on development investments and results to unmask persistent pockets of inequality within countries and assess the relationship between financing for sustainable development and progress at the subnational level. This research comes at a critical moment as the international community takes stock of how to crowd in financing for sustainable development from more sources than ever before and optimize future investments to ensure no one is left behind.

This post is adapted from her opening remarks in a session on 'The "Missing Millions" and Data Collaboratives' at the UN World Data Forum in Cape Town, South Africa in January 2017.