The First Tranche
AidData's Blog
Small but mighty: Denmark ranks highly as a development partner, according to report
AidData launches new Listening to Leaders survey
Who do developing world leaders listen to and why? New evidence from the 2014 Reform Efforts Survey 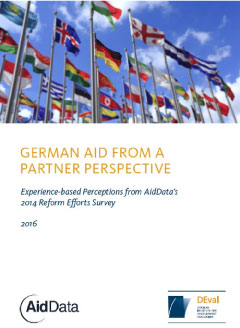 The study is the first to analyze Germany’s official development assistance activities based on the experiences, observations, and opinions of decision makers in the countries that German aid agencies seek to help. 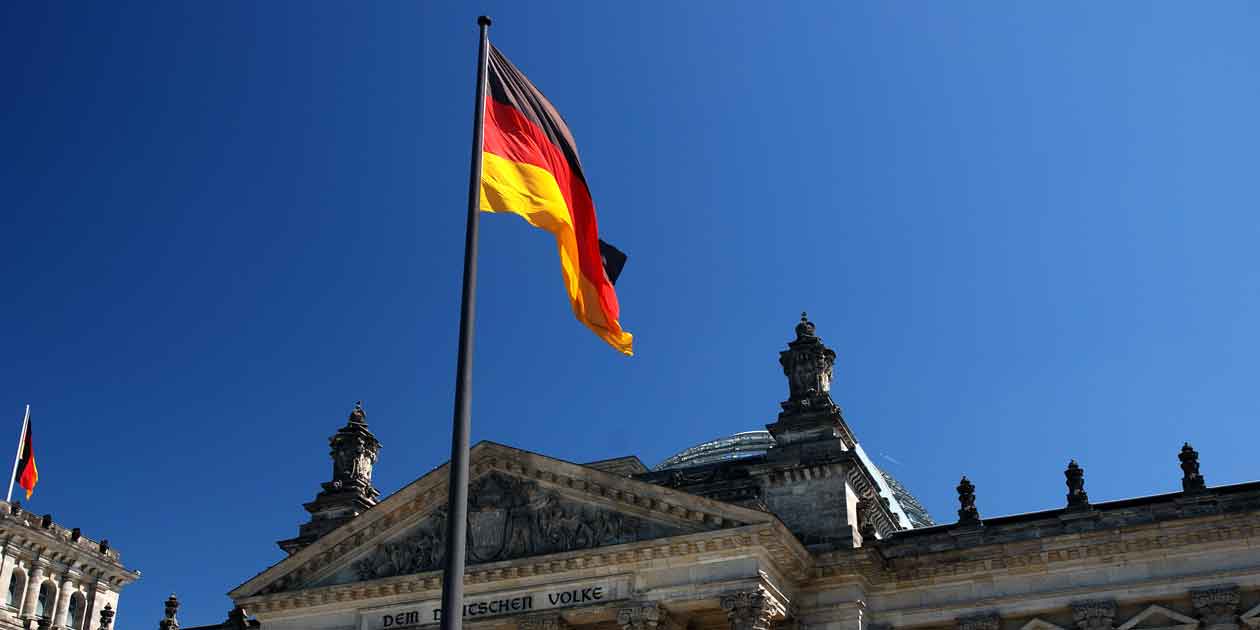 The German flag flies in front of the Bundestag, the national parliament of Germany. Photo by Thomas Ormston, licensed under (CC BY-NC-ND 2.0).

DEval, the German Institute for Development Evaluation, and AidData, a research lab at William & Mary, today released a groundbreaking study that evaluates the policy influence and performance of German aid agencies from the perspective of those receiving their advice and assistance.

The study is the first to analyze Germany’s official development assistance activities based on the experiences, observations, and opinions of decision makers in the countries that German aid agencies seek to help.

In a survey that AidData fielded in the summer of 2014, more than 1200 governmental and nongovernmental counterparts from 110 low- and middle-income countries reported on their firsthand experiences with and perceptions of the German Agency for International Cooperation (GIZ), the German Development Bank (KfW), and Germany’s network of embassies around the world.

The results from this survey are analyzed in German Aid From a Partner Perspective: Experience-Based Perceptions from AidData’s 2014 Reform Efforts Survey, revealing new insights about the comparative strengths and weaknesses of Germany’s international development cooperation program. The study also identifies specific factors that enable and constrain German aid agencies in their efforts to spur and sustain reform efforts in partner countries.

Germany is highly valued as a “green” donor: its advice and assistance is perceived to be particularly useful and influential in addressing environmental issues in low- and middle-income countries, and it outperforms the average bilateral donor in this policy area. One potential factor contributing to Germany’s strong performance is that it has made environmental issues such as climate change, environmental protection and remediation, and renewable energy a strategic priority of its international development program. Another is the fact that Germany is a leading donor in the environment sector, which has historically attracted relatively less financial support from other donors. The authors of the study argue that this leading market position has likely increased Germany’s bargaining power with partner country governments.

And while Germany is regarded as a particularly influential and high-performing development partner in Europe, Central Asia, the Middle East, and North Africa, it is viewed by decision makers in Latin America, the Caribbean, and sub-Saharan Africa as having less agenda-setting influence than the average bilateral donor. Germany’s relatively low level of performance in sub-Saharan Africa is somewhat surprising, since sub-Saharan Africa receives the largest share of German development assistance out of all regions.

Figure 1. The Value for Money Index for Major Multilateral and Bilateral Donors

Adapted from Figure 8: The Value for Money Index for Major Multilateral and Bilateral Donors, found on page 26 of the report.

The DEval-AidData study also finds that Germany — like other large, bilateral donors such as the US, the UK and France — punches below its financial weight overall, achieving lower-than-expected agenda-setting influence in its partner countries, given the size of its aid budget. By contrast, multilateral aid organizations and the EU seem to have a comparative advantage in this area, even accounting for their financial weight.

According to AidData’s Executive Director Dr. Bradley Parks, “When German aid agencies spread themselves thinly across countries and sectors, they run the risk of becoming a jack-of-all trades and a master of none. One reason why Germany may exert lower-than-expected agenda-setting influence is that its local counterparts in the developing world do not perceive a sufficiently clear division of labor between the three official German development actors — GIZ, KfW, and German embassies.”

Jörg Faust, the Director of DEval, also noted that, “This study provides new evidence suggesting that Germany can more effectively shape the reform priorities of decision makers in its counterpart countries when it is a “leading donor.” German aid agencies should therefore consider whether and how they can focus their aid resources across fewer partners, sectors and projects.”

An important caveat is that the study is based upon a survey of Germany’s developing country counterparts during the period 2004-2013. Since then, Germany has substantially increased its aid budget to USD16.25 billion (2014), equivalent to 0.41% of its gross national income — a 14.2% increase over 2013. The increase in funding came on the heels of efforts to improve the efficiency and effectiveness of the German aid system, mainly by merging three technical cooperation agencies into the GIZ and continued efforts to concentrate aid resources. Against this background, DEval and AidData intend to team up again to analyze updated results from a second wave of this omnibus survey of development policymakers and practitioners in low- and middle-income countries.

DEval is mandated by the German Federal Ministry for Economic Cooperation and Development (BMZ) to independently analyze and assess German development interventions.

AidData is a research lab at the College of William & Mary that helps the global development community to more effectively track, target, coordinate, and evaluate investments to end poverty.