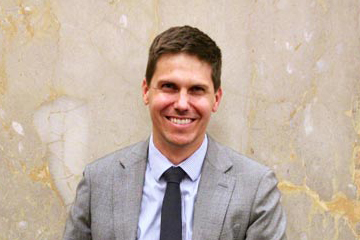 On Being a Development “Innovator”: It Takes a Team to Nurture Disruptive Ideas

As AidData’s Director of Operations, I see my responsibility as clearing hurdles in order to let some very smart people do their jobs. This increases the chance for making meaningful progress, whether disruptive or incremental in nature.

Benedict Cumberbatch, a British actor known for his role as Sherlock Holmes and more recently in the latest Star Trek, was recently nominated as England’s Sexiest Man. When asked about the award, he said, “the interesting thing is my face hasn’t changed all that much from five years ago, and at that point I hadn’t even cracked the top 1000.” His point is that lists are often subjective, driven as much by context as by actual achievements.Last month I was selected as one of Diplomatic Courier’s Top 99 Under 33, an annual listingof young foreign policy professionals who constitute, in their determination, “a community of some of the brightest and most innovative minds of the time.” It was nice to receive a nomination from my peers and to know that the people I worked with at the Pentagon and USAID valued my contributions, but it felt a bit extravagant when I was labeled an “innovator”. I feel more comfortable as a problem solver, and so wondered how I may have ended up on that particular list.Certainly, I have the good fortune to be a part of AidData – an organization that bleeds innovation as a result of our work that integrates a commitment to advancing research frontiers with cutting-edge technology applications. The mission to make development data more actionable and accessible drives us. We’re tackling complex problems with a great team in order to increase the effectiveness of aid and, ultimately, improve the lives and livelihoods of communities in the developing world.

As AidData’s Director of Operations, I see my responsibility as clearing hurdles in order to let some very smart people do their jobs. This increases the chance for making meaningful progress, whether disruptive or incremental in nature. Three years ago, we embarked on a radically ambitious goal – to visualize aid locations on a map and make this data accessible so that citizens know who is funding what and where. Today, in partnership with USAID, AidData is leading this charge in over a dozen countries throughout the world.

Source: http://www.innovationmanagement.se I think I’ve also realized that there’s a bit of innovation in every team of problem solvers. Working for USAID’s Chief Economist and the Chairman of the Joint Chiefs of Staff, I saw that decision-makers are most often tasked with finding a different approach or a new combination of existing resources to address a complex issue. Resolving these dilemmas requires creativity and a support team to consolidate relevant information, challenge underlying assumptions, and assess potential actions. At that stage, resolution requires creativity.

Innovation is also being able to rely on the team around you. The most innovative people I know have the gift of listening. They sense emerging problems, nurture breakthrough ideas, and recognize truth whether shouted or whispered. Beyond this, they act upon what they hear, creating the space to ground recommendations in a larger context, extending themselves outside of personal experience and drawing on increased sources of information to create a menu of options. I’ve admired these valuable skills in a world that is obsessed with rapid reaction times and that encourages self-praise.At the end of the day, I’m not sure that I will ever fully know why I ended up on the 99 under 33 list. But, if I have the chance to be involved with a great team working to solve challenging questions in the messy intersection of practice, policy and research, I’m happy to accept any moniker that comes along the way.

David Trichler is Director of Operations for AidData based at the College of William & Mary. Last month, the Diplomatic Courier named David as one of eleven “innovators” in its annual list of 99 top leaders in foreign policy under 33 years old.