What would it cost for our cities to be sustainable by 2030?

In partnership with UN-Habitat, AidData is developing the first methodology to help cities determine the funding needed to achieve SDG 11. 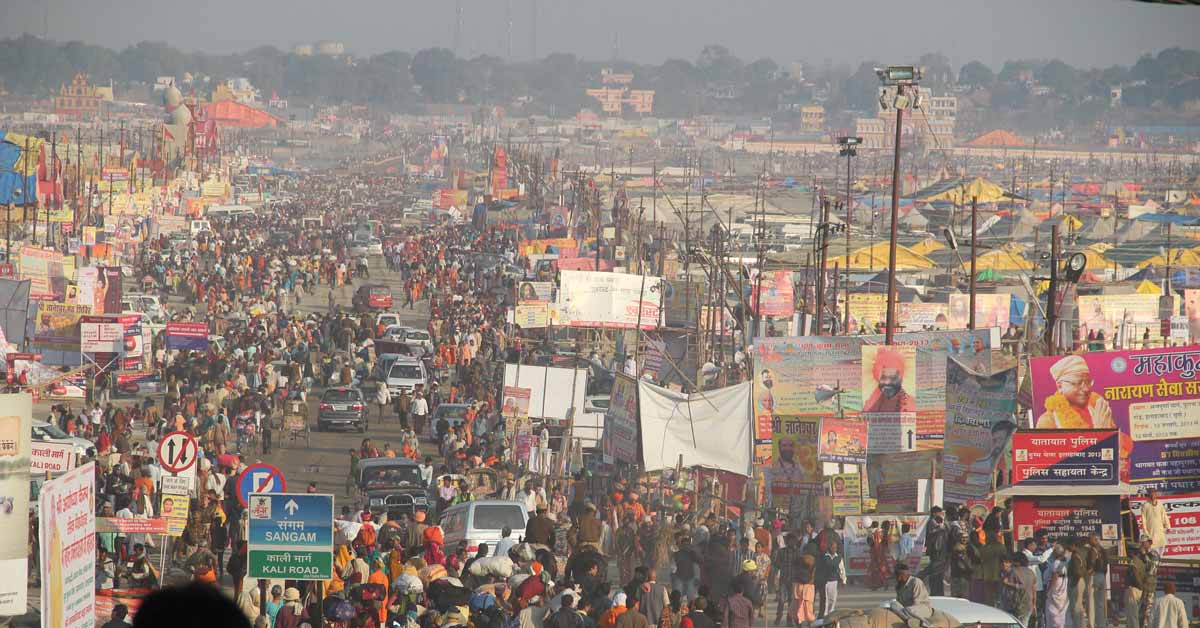 A view of Allahabad, India. Allahabad is a growing, midsize city in a medium income country. Cities like this will experience dramatic population growth between now and 2030.  Photo by Seba Della y Sole Bossio via Flickr, licensed under (CC BY-NC-ND 2.0).

As over 3,000 delegates from 116 countries gather this week in Nairobi for the inaugural UN-Habitat Assembly on innovation to transform cities, one topic under discussion is a first-of-its-kind attempt to determine the cost for cities to achieve Sustainable Development Goal (SDG) 11, the UN’s global goal for inclusive, safe, resilient, and sustainable cities and communities. AidData has partnered with UN-Habitat, the UN’s agency for human settlement, to conduct a pilot study of the new methodology in cities in six countries, and will showcase this work at the Assembly’s panel on financing sustainable urbanization on May 30th.

Cities matter immensely for our future: they are engines of economic growth, generating four-fifths of global GDP. Two-thirds of all people will live in cities by 2050, and accelerating urbanization promises to lift millions out of poverty. But this opportunity comes with a bevy of traditional urban planning issues—from uncontrolled urban sprawl and slums, to income inequality and falling air quality—that will only be exacerbated by rapid urbanization. And since urban areas are expanding fastest on the coasts, add to the docket the emerging threat posed by climate change. With sea levels potentially rising eight feet by century’s end, this would submerge Shanghai and Miami.

SDG 11, sustainable cities and communities, is focused on mobilizing resources to address these growing—and, in some cases, existential—challenges. We know that donors have prioritized funding SDG 11-relevant investments in the past: a previous AidData report, Realizing Agenda 2030, found that those projects received USD $147 billion in aid from 2000-2013, making sustainable cities the fourth most-funded goal. SDG 11 is also ranked as a relatively high development priority by citizens in developing countries, who put the issue even higher on the priority list than their leaders do.

But rapid urbanization will affect many other development goals beyond just SDG 11. The SDGs are one lens with which to view how governments and individuals navigate this challenge; the New Urban Agenda is another. It considers the many facets of sustainable development, from poverty reduction to climate change, through the lens of cities, and includes issues important to urban development (like land titling) that aren’t included in SDG 11.

If well-planned and well-managed, urbanization could be a powerful tool for sustainable development. But are we spending enough? In the absence of quantifiable information on the costs, it is difficult for leaders to accurately assess what resources are needed or to identify shortfalls. The problem is particularly severe for local leaders who need tools to determine financing gaps for their city specifically.

To bridge this gap, AidData has partnered with UN-Habitat to develop a new methodology that systematically quantifies the costs of achieving SDG 11 and aspects of the New Urban Agenda for cities across diverse countries and contexts. To get a holistic picture of just how much financing is needed, we’re looking beyond the physical infrastructure (or “hard costs”) that cities need to also count the “soft costs” associated with civic institutions, social inclusion, and environmental resilience.

Unlike previous, top-down studies that created high-level or national estimates of infrastructure costs that are often unsuitable for decision-making at local levels, our bottom-up approach keeps the focus on the cost for cities. Using the city-level as the unit of analysis, we’re creating disaggregated estimates for what a range of cities of different population sizes would need in order to achieve SDG 11. We’re also mapping the overlap between SDG 11 and the New Urban Agenda to identify aspects of the Agenda that would also covered by the estimated costs of SDG 11.

The methodology is being piloted on a representative sample of cities in six countries  (Bolivia, Colombia, Côte d’Ivoire, India, Malaysia and Sweden) that offer lessons learned from least-developed, developing, and developed countries. We’ll publish the results of the pilot and our reproducible methodology in a policy report, dataset, and methods document at the UN General Assembly this fall and at the World Urban Forum 10 next year.

Achieving SDG 11 will require countries, donors, local governments, and other stakeholders to make substantial investments in our cities and communities. Baseline estimates of local needs, regularly updated and tailored to different contexts, will help inform these critical decisions and direct resources to address the world’s most pressing urban issues. ‍

For more on the costs of achieving sustainable cities and communities by 2030, see our new discussion paper.

Mihir Prakash served as a Senior Research Analyst at AidData from 2018-2020.