Geocoded Chinese Development Projects and the Diffusion of Economic Activity

Note: an updated version of this paper has been published as a new AidData Working Paper.

View the locations and details of thousands of Chinese Government-financed projects across the globe. Visualize projects by commitment size, sector, flow type, and more. 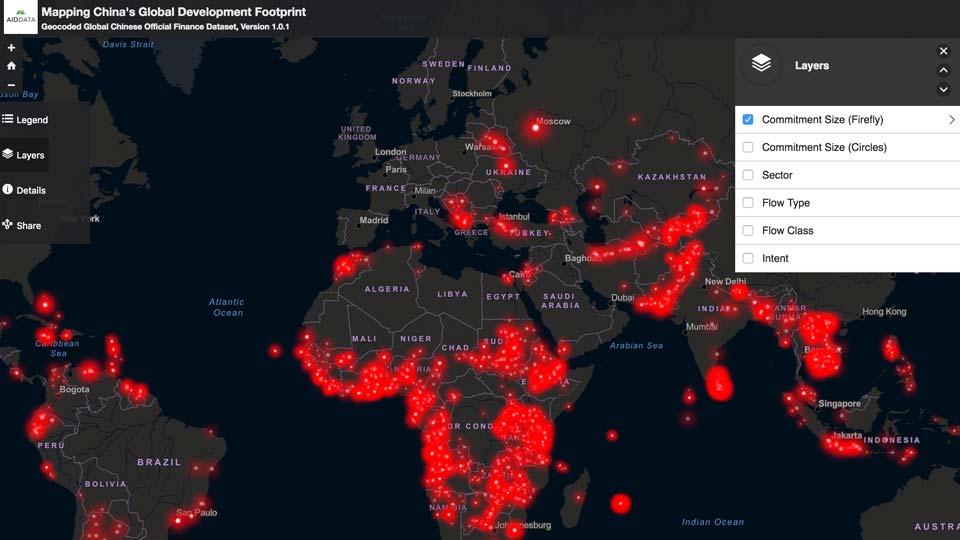 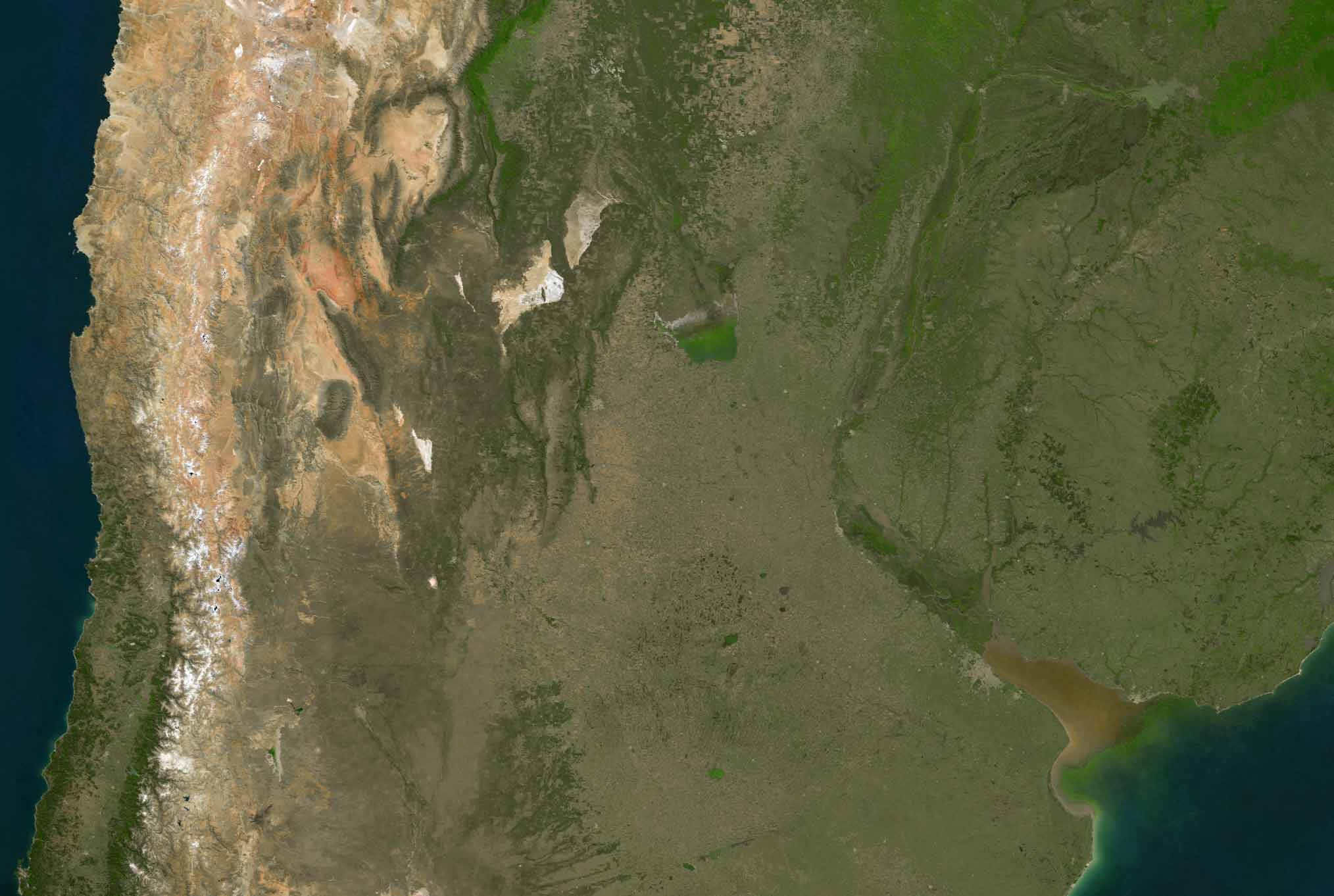 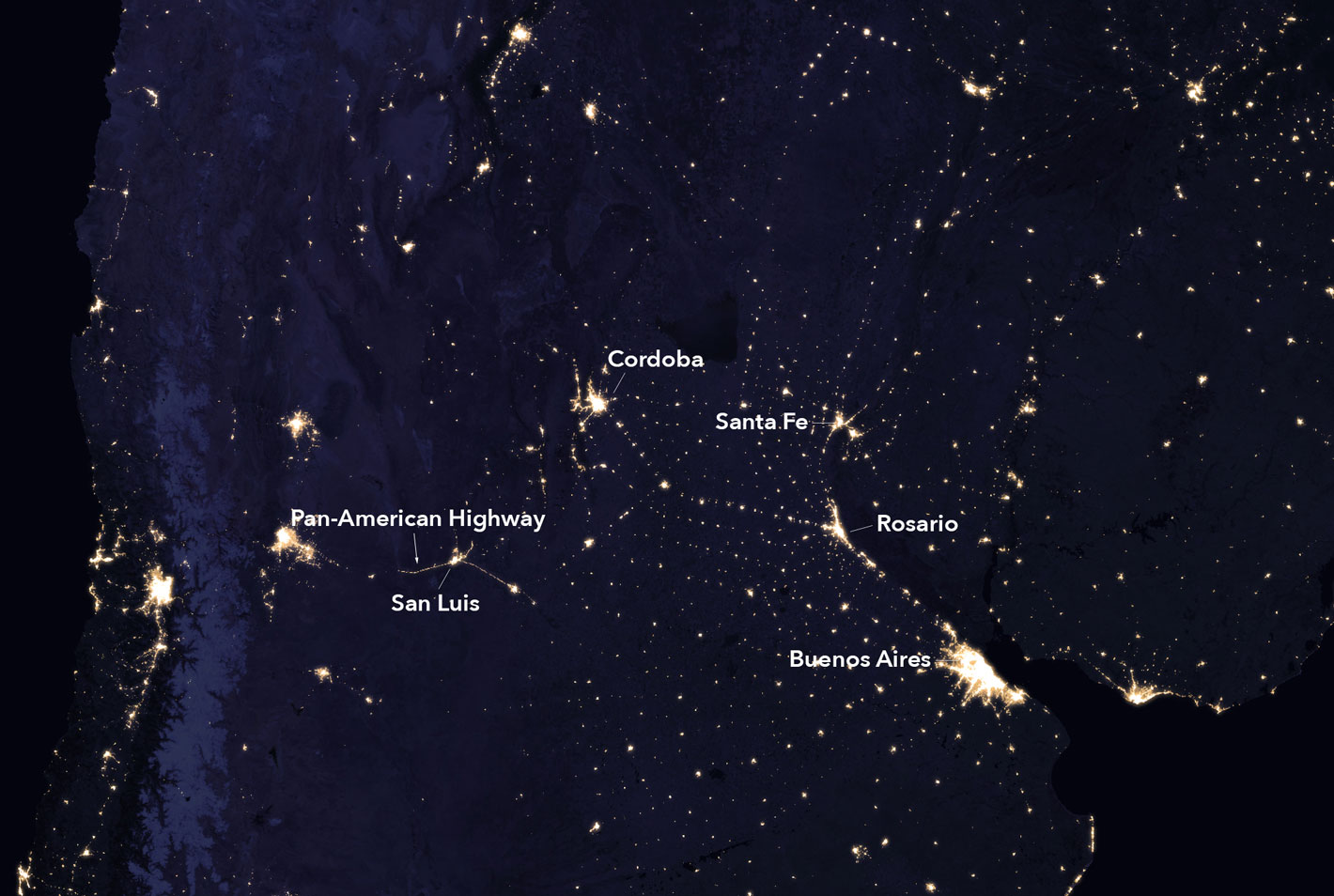 Can you spot the cities in the image on the left? It's hard to pick out patterns of urban areas from forest and grassland in this daytime satellite image of central Argentina from 2016.

Argentina after dark (right) is a different picture. Bright dots of towns and cities are strung like glowing beads along the invisible thread of Argentina's national railway system. Nighttime lights reveal how this grid of evenly spaced towns and cities established itself as commerce flowed along and out from the railway.

How Are Nighttime Lights Geographically Distributed? 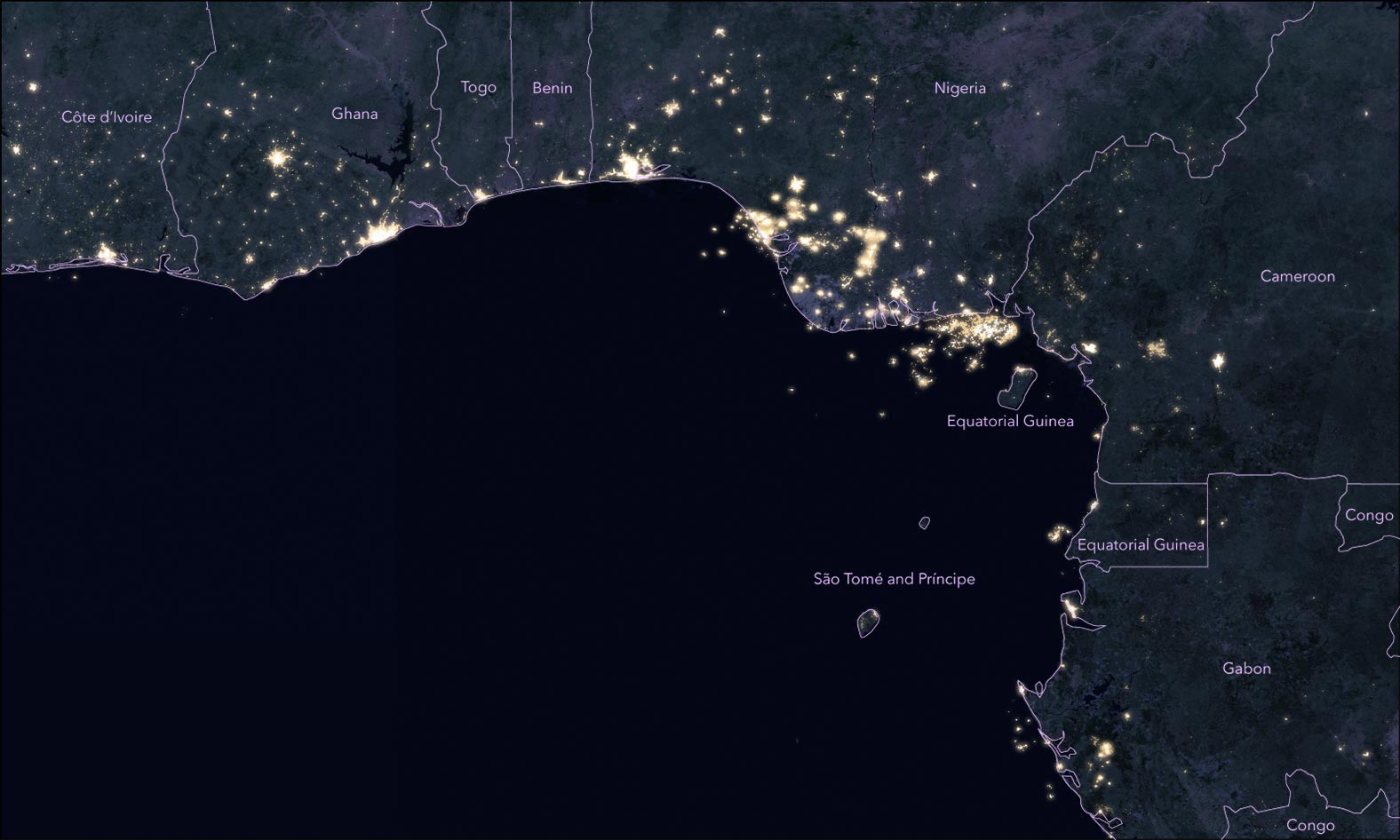 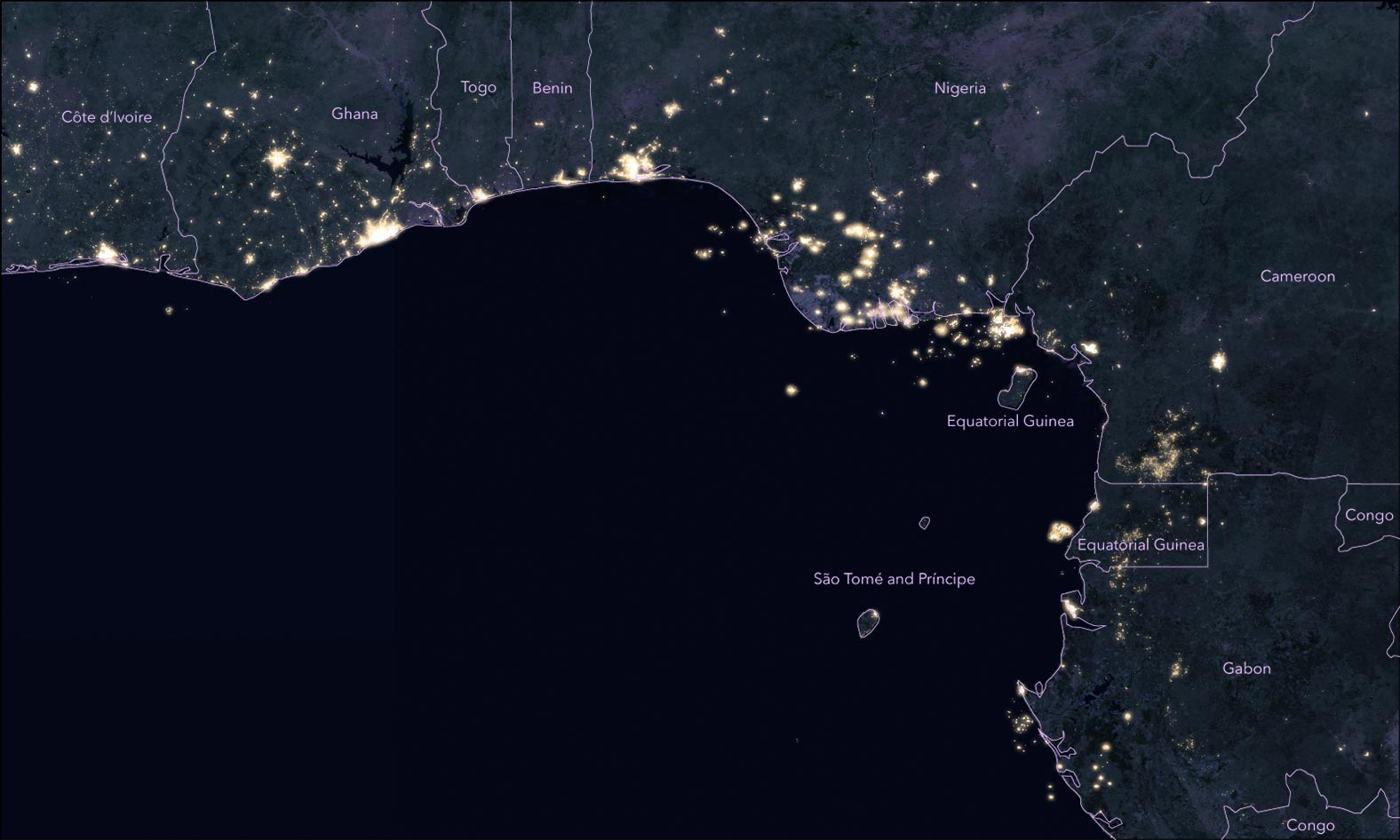 How do patterns of nighttime light change over time on the West African coast? Toggling the slider reveals differences between 2012 (left) and 2016 (right) that may be subtle from space but significant on the ground. Some cities have become brighter than others; increased economic activity along roads appears as glowing lines, like those that connect Ghana's coast to the interior; and clusters of fishing vessels swarm near different ports.

By analyzing high-resolution satellite images like these of nighttime light intensity, we are able to estimate economic activity and growth at the local level. This measurement is especially useful in remote, poor, and conflict-prone areas that lack reliable census, survey, and administrative data.

But since economic progress is often uneven, it’s not just the amount of nighttime light within a given area that matters. The geographical distribution of nighttime light also tells us something about how widely or narrowly the benefits of economic growth and development are being shared. 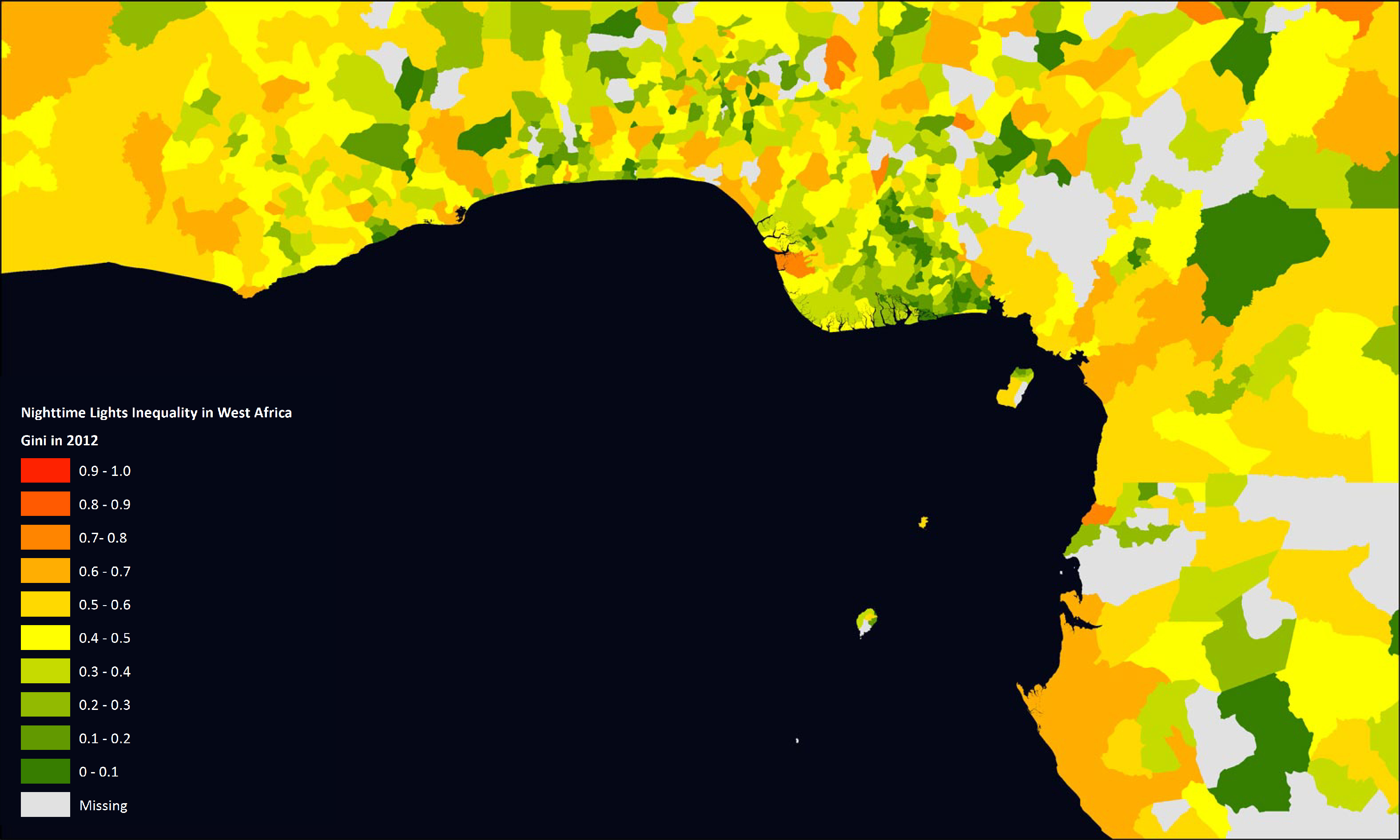 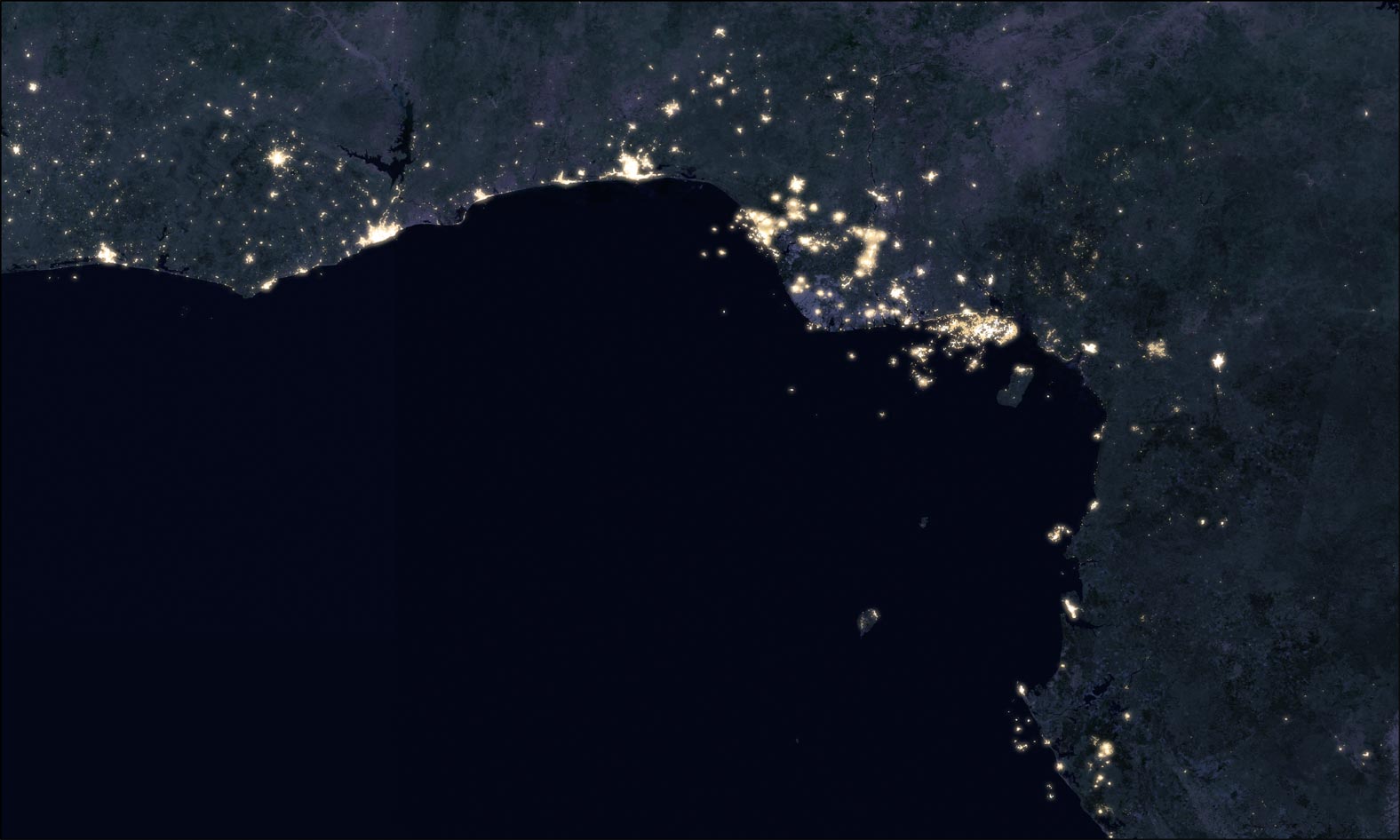 Using annual data on nighttime lights, we calculate a numerical scole, a Gini coefficient, to consistently measure economic inequality from year to year in more than 32,000 localities around the world.

Each locality receives a score from 0-1. A Gini of 1 represents total economic inequality, where a single square kilometer contains all the economic activity in that locality. A Gini of 0 represents total economic equality, where every square kilometer in that locality has the same level of economic activity. Compare the Gini scores for districts in West Africa (left) to the satellite image of nighttime lights (right). Economic activity is more equally distributed within green and yellow districts, while districts in orange and red are more unequal.

By combining these measures of inequality with new data on the locations of Chinese Government-financed projects worldwide, the Connective Financing report evaluates how Chinese investments are influencing the geographic distribution of economic activity in low- and middle-income countries.

After releasing the first-ever global dataset of Chinese development projects in October of 2017, AidData embarked on a far-reaching effort to assign precise geographic coordinates to thousands of projects. The result of thousands of hours of geocoding by dozens of research assistants is a first-of-its-kind geocoded global dataset that pinpoints 3,485 Chinese development projects worth USD $273.6 billion implemented in 6,190 locations in 138 countries over a fifteen-year period (2000-2014). This dataset only includes projects that were both recommended for research in the original dataset and projects whose status was completed or implemented.