Target at the Right Level: Aid, Spillovers and Growth in Sub-Saharan Africa 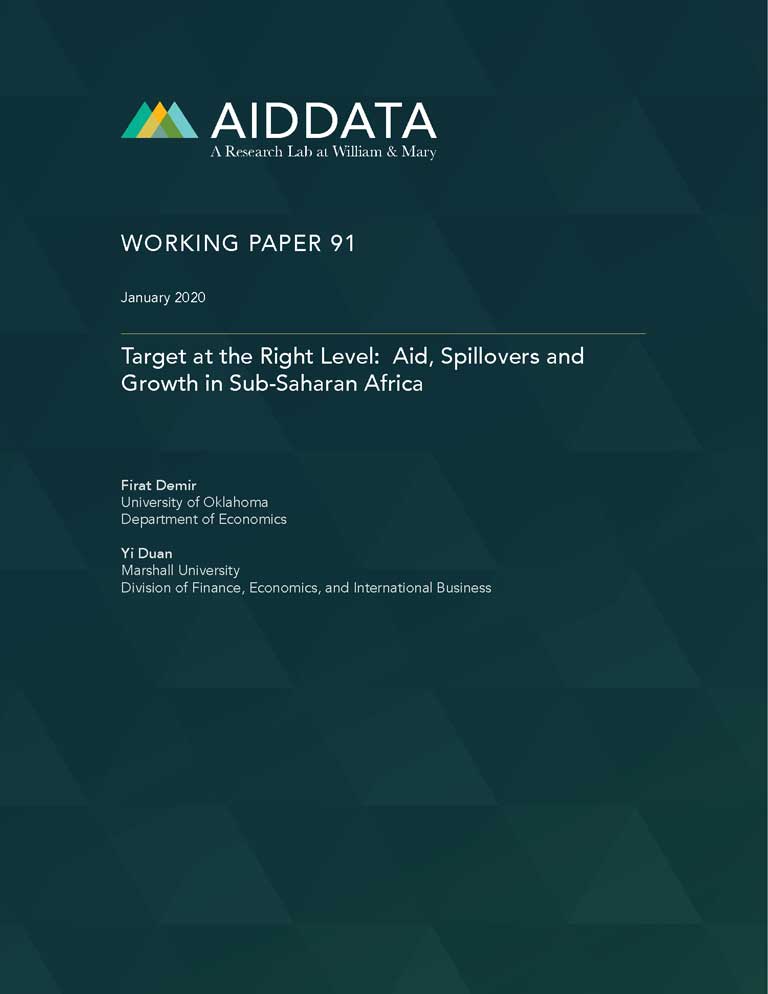 This article uses spatial analysis to investigate international aid effectiveness and aid spillovers at the sub-national level from World Bank aid projects in 3,764 second-order administrative divisions (ADM2) in 48 countries in Sub-Saharan Africa over the period of 1995-2014. By isolating the direct effects of aid flows in a given location, and separating them from time-invariant local characteristics, we are able to test both the direct effects of aid as well as the spillover effects from neighboring aid-receiving locations. In the empirical analysis, using geocoded aid data at various disaggregation levels together with nightlights data as a proxy for economic activity, we control for the aggregation bias that has plagued previous research on aid effectiveness. The use of nightlight data also helps deal with the measurement and data quality problems in aid recipient countries. Our identification strategy controls for simultaneity, reverse-causality and attenuation bias as well as country-specific heterogeneity using a two-stage instrumental variable (IV) approach with precipitation and temperature data used as IVs in the first stage. The empirical results reveal three previously undocumented findings on aid effectiveness. First, we find that aid at the local level (ADM2) promotes economic growth at an economically and statistically significant level. Second, we uncover significantly positive aid spillovers across adjacent localities (ADM2). Third, aid flows at more aggregate levels (ADM1 and country level) have the opposite effect and reduce economic growth. Interestingly, the net effect of all aid variables is near zero and is within the range of coefficient estimates reported at the country level by previous papers. These results are robust to a rich battery of sensitivity tests.