The Lure of Technocracy? Chinese Aid and Local Preferences for Development Leadership in Africa 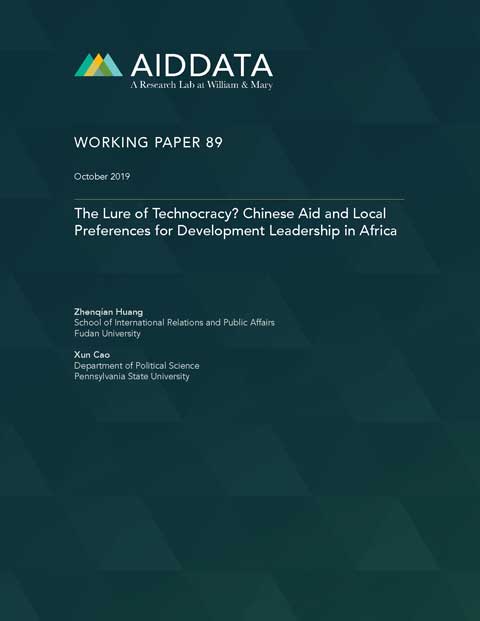 Should politicians, technocrats, or the free market guide the economic development of a country? The historical development paths of countries vary widely. The government played a vital role in overseeing economic development in East-Asian countries. Other developing countries, such as Chile, followed the path of market liberalism. Public opinion concerning the appropriateness of development models also varies across space and over time. It is important to understand these micro-level preferences because politicians, even in authoritarian states, need to consider public preferences, especially for key issues such as development leadership. Using geocoded Chinese aid data from AidData and the second round Afrobarometer Survey, this paper studies how Chinese aid affects local preferences for economic leadership in 16 African countries, 2000-2005. Our causal identification strategy is to compare the preferences of respondents who lived near an aid project site where a Chinese aid project had been implemented at the time of the interview (treated group) to individuals who lived close to a site where a Chinese project would be initiated shortly after the interview (control group). We find that Chinese aid increases the local population’s preference for economic experts to run the economy. Using the same research design, we find that World Bank aid has no impact on local preferences for economic leadership.