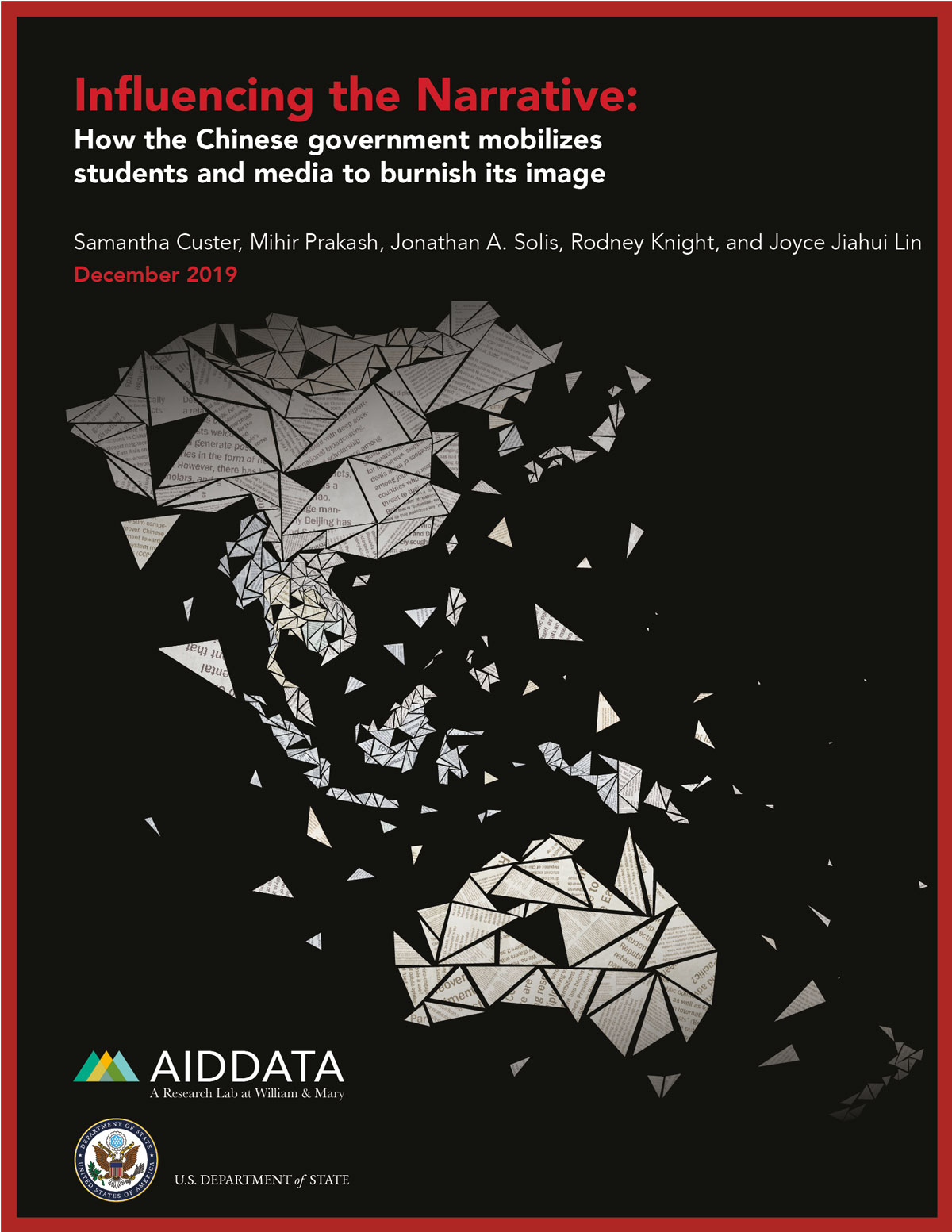 Explore an interactive dashboard featuring custom measures from this report of China's public diplomacy activities in East Asia & the Pacific. Users can create downloadable maps and charts, as well as filter and export data.

On February 11th, from 8:30 - 10:30am, AidData will host an event in Washington, DC on Beijing's public diplomacy in East Asia & the Pacific. Join speakers from the Department of State, the Center for International Media Assistance, the Heritage Foundation, Rhodium Group, and the Institute for International Education for an engaging panel discussion at the Carnegie Endowment for International Peace Building.

Visit the event page to RSVP to attend in-person or watch the livestream online.

Chinese leaders have mobilized an impressive array of government agencies, media outlets, and educational institutions at home and abroad as a megaphone to tell China’s story to the world. In this report, we take a data-driven approach to answer one overarching question: How does Beijing use informational diplomacy and student exchange to advance its national interests among its closest neighbors in East Asia and the Pacific (EAP)? AidData collected quantitative data on China’s overtures to twenty-five EAP countries between 2000 and 2019, which we analyze to understand which tools Beijing uses to mobilize media and students to promote its preferred narrative.

This report updates and extends work first published in 2018 in Ties That Bind, a first-of-its-kind report that quantified multiple aspects of China's public diplomacy—financial, cultural, exchange, and elite-to-elite diplomacy—across 25 countries from 2000 to 2016 to assess how it is received by foreign publics and leaders and determine whether it is meeting Beijing’s objectives. Data from both Ties That Bind and this report is available through AidData’s China’s Public Diplomacy Dashboard, in which users can create custom datasets, maps, and graphs, and filter based on the type of public diplomacy, recipient countries, and time period.

This study was conducted with generous support from the United States Department of State. The report's findings and conclusions are those of its authors alone, and do not necessarily reflect the views of funder and partner organizations. 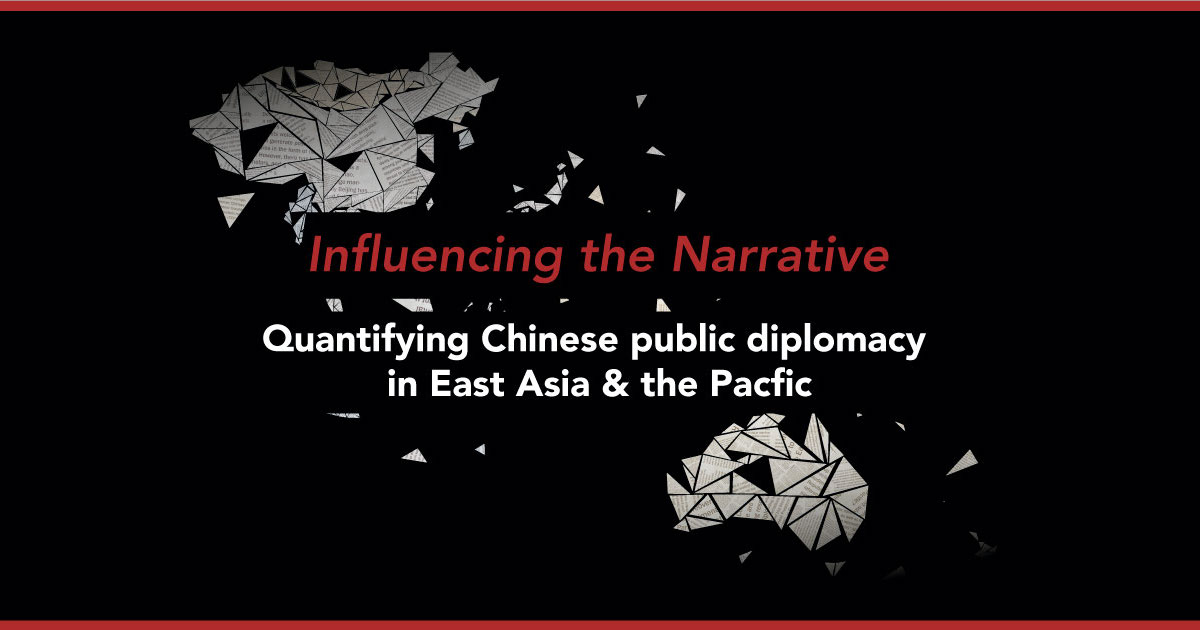