Fanning the sparks of corruption? A Chinese dragon haunts Tanzania

Chinese aid's lack of transparency leads to questions about whether it will contribute to or undermine other development efforts, particularly those of traditional donors like the World Bank. 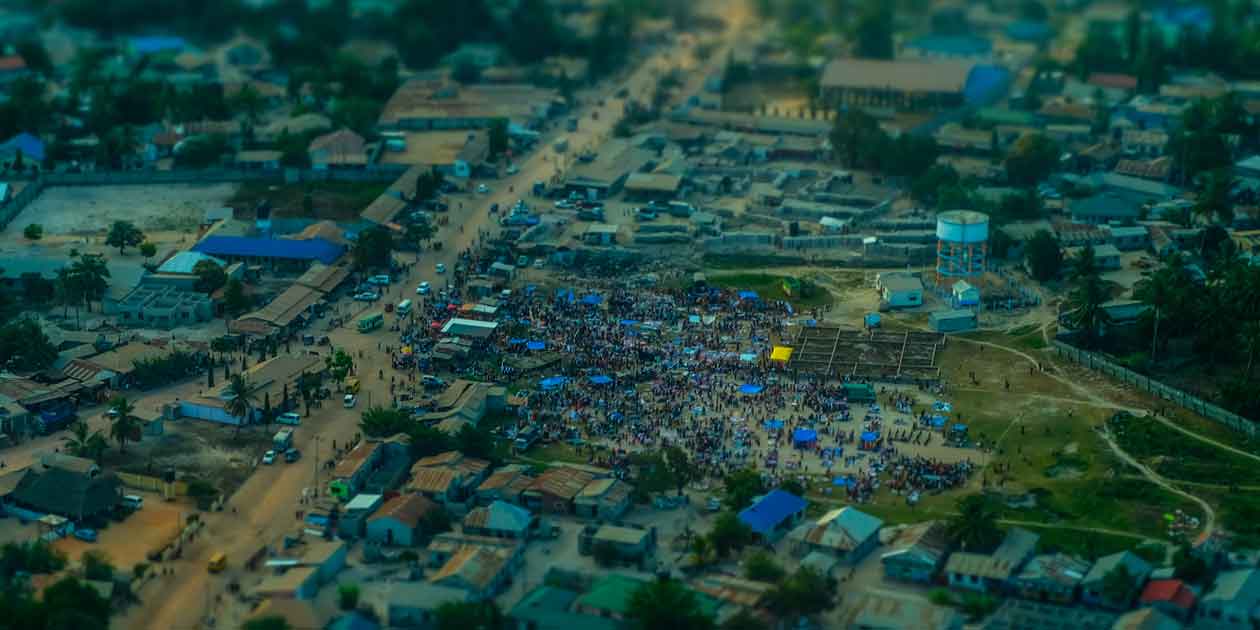 A street market in Dar es Salaam, Tanzania, fills up early in the morning. Photo by Matthias Ripp, licensed under (CC by 2.0)

One proxy for empirical evidence of corruption is to ask citizens about their perceptions of corruption, which studies show generally reflect reality. By these measures, Chinese development projects in Tanzania are associated with increased corruption, at the expense of anti-corruption efforts by the World Bank.

Taking advantage of recent advances in development aid tracking, a new study in the Review of International Organizations—originally published as an AidData Working Paper—has found evidence that Chinese development efforts in Tanzania are associated with increased experiences and perceptions of local corruption in the areas where they are sited.

China’s lack of aid transparency has historically been a cause for concern among Western donors, who worry that Chinese efforts may undermine, rather than complement, their own initiatives. The study’s findings give credence to these concerns, as co-location of Chinese and World Bank development projects were shown to hinder the good governance efforts commonly associated with the projects of traditional donors like the World Bank.

Can two dragons fit in one pond?

China has largely avoided the aid limitations and conditions commonly set by Development Assistance Committee (DAC) nations in favor of a principle of political non-interference in other countries’ affairs. This has made Chinese aid popular with many African leaders, particularly those who feel constrained by the conditions set forth by the DAC. As a result, Chinese aid has come to fill a crucial development gap created by uneven Western aid coverage, allowing countries who would not have otherwise qualified for Western aid due to inherent corruption problems to reap the benefits of foreign assistance on their own terms.

But China’s principle of non-interference in recipient country political affairs means Chinese aid is vulnerable to political capture, particularly by those engaging in patronage politics. Chinese aid’s lack of transparency means it is also hard to track, making it even more difficult to verify that Chinese aid is not being diverted for corrupt purposes.

Chinese aid projects also differ from traditional Western aid projects by largely focusing on infrastructure construction across multiple sectors, particularly the critical transportation and communications sectors. These projects tend to be more large-scale and long-term than similar Western aid projects, and are frequently surrounded by Chinese business activity. The short-term benefits brought about by such projects may come at the long-term expense of good governance and ecological sustainability, especially if the projects are perceived as fostering political corruption.

As for the second hypothesis, larger numbers of Chinese aid projects were indeed shown to “wipe out” the ability of World Bank projects in the area to lower perceptions of corruption. The impact on corruption perceptions was found to be scalar: the larger the number of Chinese projects, the greater the impact.

However, when distinguishing between the type of Chinese project, these associations with increased corruption only held for Chinese projects that were not "aid-like" (Other Financial Flows) — “ODA-like” (Official Development Assistance) projects showed no such association.

Importantly, the researchers do account for the confounding influence of co-located natural resources on corruption levels. This suggests there may be separate mechanisms for corruption induced by a “resource curse” and that associated with an “aid curse.”

Kelly et al.’s study suggests caution when assessing Chinese development efforts. It appears as though Chinese assistance may in some cases be undermining the good governance efforts made by Western aid projects such as those of the World Bank. However, these adverse effects appear limited to certain types of Chinese flows, suggesting there may be a way out of these damaging consequences. Regardless, when considering whether to pursue opportunities for Chinese aid, leaders will have to be mindful of balancing the immediate gains they may receive with long-term efforts to foster good governance and ensure ecological sustainability.

Editor’s Note: This post is adapted from an AidData Working Paper — The Dragon’s Curse? China, the World Bank, and Perceptions of Corruption in Tanzania, by authors Gina Kelly, Samuel Brazys, and Johan Elkink — that has been revised and published in the Review of International Organizations. The post was compiled by First Tranche contributor Carolyn Iwicki.